While crypto traders anticipate Bitcoin will soon break the $30,000 price point after today's new all-time high of $29,200—CEO of CryptoQuant Ki Young Ju has warned about a potential correction as on-chain data indicates institutional investment into BTC has stalled. 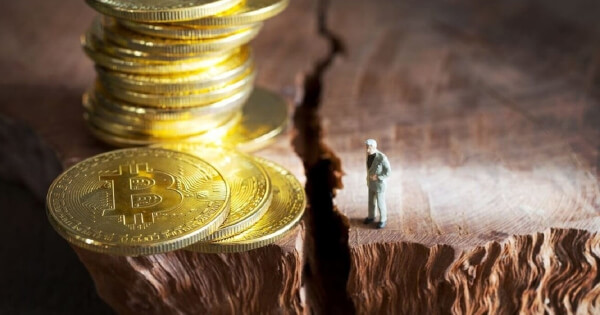 Bitcoin’s price has made yet another all-time high at over $29,200 today up by 640% since its lows in March when the COVID-19 pandemic emerged in many countries. BTC has surged over the last half of the year as institutional money began to pour into the crypto.

CryptoQuant CEO Ki Young Ju has revealed on-chain data that he believes could signal an incoming correction to the Bitcoin price and a short term reversal of its bull run—institutional money has stopped flowing into BTC at least for the moment.

Arguably the most widely known institutional investment product of digital asset industry is Grayscale’s Bitcoin Trust. In the nascent and volatile world of Bitcoin and cryptocurrency, the institutions pay a high premium to not have to take custody of their own private keys, but still, get exposure to the underlying crypto asset.

As Ju explains, Grayscale has not increased its BTC holdings in over a week indicating a decline in institutional investment.

“We haven't had significant Coinbase outflows since $23k, tokens transferred is decreasing, and the fund flow ratio for all exchanges is increasing. Still possible that institutional investors would join anytime soon, but we might face a correction if it continues like this.” 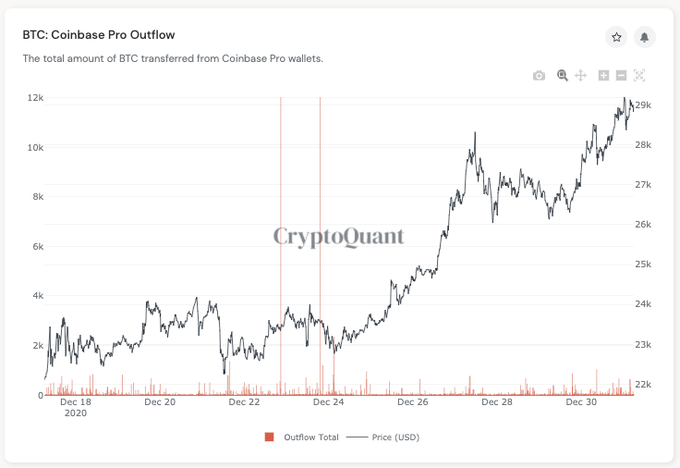 As explained in an earlier tweet by Ki Young Ju, one of the best on-chain indicators to estimate institutional over-the-counter (OTC) BTC deals and interest is to monitor Coinbase BTC outflow.

Ju explained, “It seems massive Coinbase BTC outflow usually goes to their new cold wallet for custody that held 6000-8000 BTC. If Coinbase moves a significant amount of Bitcoins to other cold wallets, it would indicate OTC deals.”

The CryptoQuant CEO further tweeted examples of how this works, he added:

As the Bitcoin price continues to hover above the $29,000 mark, the bulls do not appear to be slowing down just yet. However, if the institutional investment is in fact drying up as Ju’s analysis indicated, the market could be in for a severe correction.