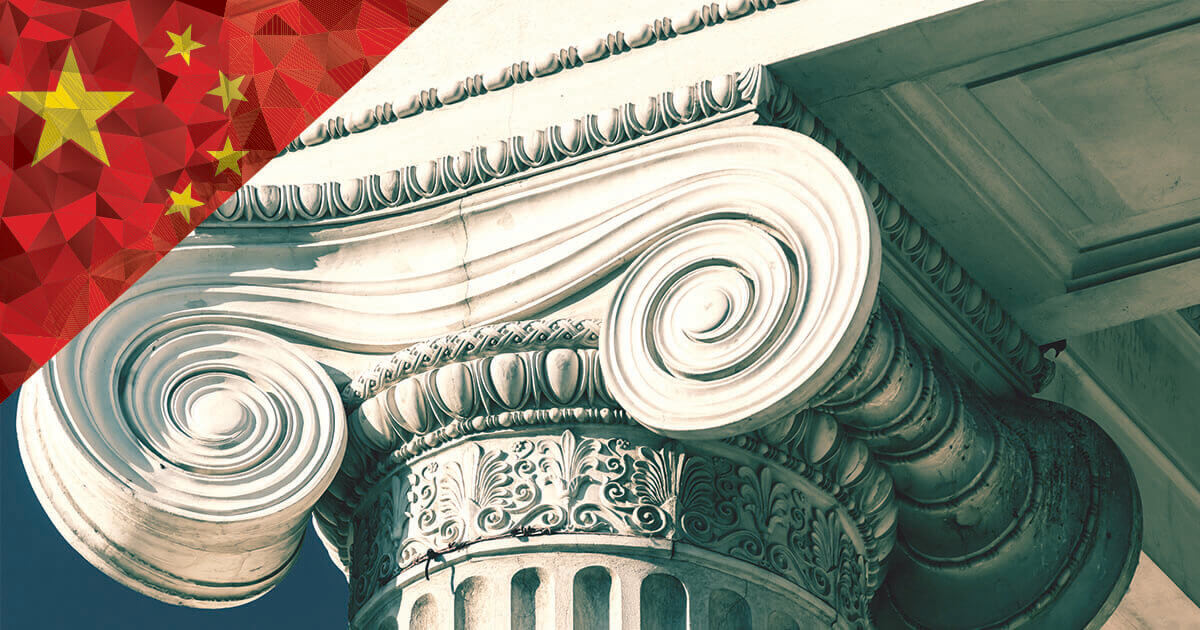 The meeting also pointed out the development of the “digital central bank” construction to improve financial services capabilities and strengthening the financial industry network security.

Fan Yifei, PBoC’s deputy governor, and member of the party committee, who recently echoed President Xi Jinping’s call for the acceleration of the country’s blockchain development adoption addressed the meeting.

The meeting emphasized that due to the coronavirus pandemic, the effectiveness of the financial industry’s technological development has been tested, and has exposed some shortcomings and deficiencies. The pandemic highlighted the urgency for financial digital transformation in China.

A three-year FinTech development plan was set out for the country in August 2019, and 2020 has entered its second year. The development of blockchain, internet of things (IoT), big data, and other innovative business models will also be expected to drive the digital transformation of the financial industry and promoting financial technology in the country.

DCEP has been reportedly close to its launch, but local government employees in the Chinese city of Suzhou will be receiving the digital currency this month, as the country is charging full speed with the development and subsequent launch.

Blockchain-backed stocks in China are sought after by investors

An uptick of blockchain-related stocks in China has been observed in the A-share market in the country. According to a report, the statistics show that 23 of the 31 digital asset-backed concept stocks rose, accounting for around 74 percent. Close to 78 percent of the stocks related to blockchain has also seen a rise.

“The benefits that digital currencies may bring to commercial banks, including the promotion of digital currencies and wallets by large banks, and reduce the cost of paper-heavy processes to improve the efficiency of bank operations.”

China has also started disinfecting and isolating used banknotes, aiming to stop the spread of the coronavirus. By using ultraviolet light and high temperatures to disinfect bills, banknotes are sealed and stored for around 14 days before recirculating them to the public. The nation’s central bank made an emergency issuance of the four-billion-yuan worth of new bills for the province of Hubei prior to the Lunar New Year holiday in January.

The potential removal of cash and the birth of the CoronaCoin

The Louvre museum in Paris banned cash at its ticket gate in March of this year in fear that banknotes could possibly be a mode of transmission of the coronavirus. South Korea’s central bank burned banknotes to slow the outbreak, while the US Congress has plans to roll out a digital dollar. The pandemic has been a catalyst for the digitization of money. However, a controversy was born as the cryptocurrency community has seen the emergence of a new coin–a coronavirus-backed token.

Published first on Reddit, the primary purpose of the token is to spread awareness of the health issue across the board. The CoronaCoin (NCOV), will be an ERC-20 token, and the total supply of the token is based on the world population.

With one NCOV token per each person alive globally (7,604,953,650), the token is burnt every 48 hours, according to the number of infections and casualties from the virus.

The token’s website states that a portion of the funds will be donated to Red Cross for “nCov relief,” however, it does not state the precise portion. The crypto community also suggested that Bitcoin would remove the need to quarantine cash.