Central Bank Digital Currencies Are Not Like Bitcoin or Cryptocurrency

Central bank digital currencies are perhaps one of the most transformative developments in our world financial system currently in development. CBDC are digital assets, but they are not cryptocurrencies and in fact strike at the heart of the very philosophy that brought Bitcoin into existence. 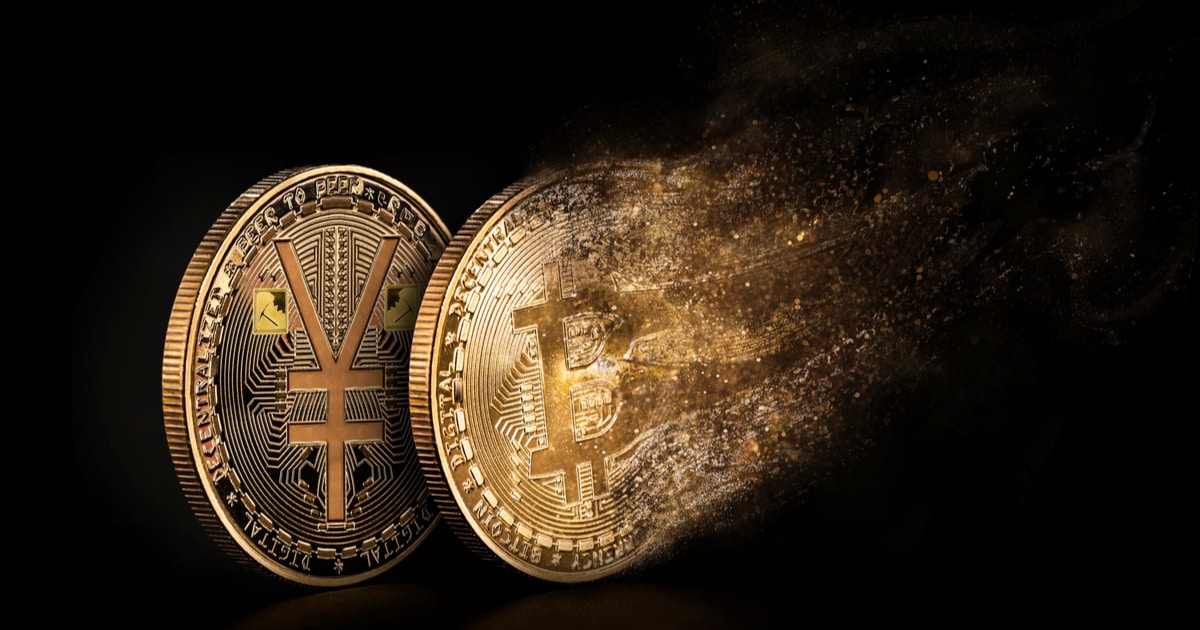 Central banks around the world are competing to be the first to release their central bank digital currencies (CBDC) as the world economy is being reshaped by the challenges of the COVID-19 pandemic. China has been the frontrunner, aggressively piloting its own DCEP (Digital Yuan) and the most powerful central banks including the Federal Reserve and the European Central Bank collaborating on research to assess the positives and negatives of CBDC implementation.

The move by central banks to create sovereign backed digital currencies have accelerated as the cryptocurrency market has matured. Ethereum is no longer the hypothetical flaccid unused base layer blockchain but instead finds itself hosting an entirely new ecosystem of decentralized finance. Bitcoin appears to have come even further, after weathering the storm of being labeled a bubble pump and dump scheme, the pioneer cryptocurrency is now being leveraged more than ever in retail use cases and particularly as an institutional hedge.

While these cryptos have been maturing, there is no doubt the real scare for central banks occurred at the announcement of the impending launch of Facebook’s Libra token. While central banks were wary of Bitcoin’s power, the reality is that with less than 5% global adoption, there remained little to fear. Facebook however was preparing to enter the world of finance with their platform already consisting of over two billion users ready to leverage Libra, which would have created a seismic shift in the global monetary system.

Making a comparison between the soon to be launched central bank digital currencies and decentralized cryptocurrency is understandable, but from what we know the core principles behind a CBDC actually run counter to the philosophy of crypto. Bitcoin itself was created as a means to escape the monolithic central banks and debasing monetary policy of the Federal Reserve in reaction to the 2008 global financial crisis. BTC and crypto are a way to escape the banks and hedge against the loss of spending power in cash. CBDC is playing for the other side, desperate to maintain the oligopoly of the world's banking system.

Crypto VS CBDC—What’s the Difference?

The first and most obvious critical difference between a cryptocurrency like Bitcoin and a CBDC is one is decentralized, and the latter is very centralized. Cryptocurrencies are supported by numerous distributed nodes that are incentivized through block rewards to maintain the network. CBDC is supported by one central network, driven to serve only the public policy of the sovereign state that issues them.

Having central banks in control will mean more central bank decisions, which is what has brought us to this precipice of having to reconsider our global financial system. As has been the case throughout COVID-19, central banks are likely to focus on one issue while ignoring another, perhaps focusing on creating employment and buoying the markets while allowing their debt to pile up and without adequately dealing with inflation.

The second point of contention between a CBDC and Bitcoin or crypto, is the idea of financial autonomy and privacy, with the former being less likely to respect your privacy and data. Central banks are infused to regulatory bodies, while crypto remains largely independent particularly in a peer-to-peer sense. As identified in the Bank for International Settlements recent report, in terms of data the question is which agencies should have access to it and how much access?

Cryptocurrencies in a peer-to-peer setting allow the user to decide how much data they choose to share about themselves, but it does seem inevitable that every transaction of a future CBDC would see chunks of data automatically shared with regulatory authorities or tax agencies.

While this may not seem like a huge issue if you aren’t doing anything illegal, as was apparent in the Department of Justice’s recent Cryptocurrency Enforcement Framework, and highlighted by Ripple co-founder Brad Larsen—the default assumption is that people who wish to use privacy-preserving technology are presumed to be bad actors. However, there are many reasons for this that are not just related to criminal activity. Although privacy is obviously a necessity for criminals, law-abiding citizens need privacy as well to protect themselves from such criminals who are constantly on the hunt for a vulnerable target.

The final point of difference pertains to security, and so far cryptocurrencies have weathered this storm while central banks have not. Weaknesses in blockchains and particularly exchange security have been identified—issues with self-custody and identification of wallet addresses after reuse, the possibility of a chain-wide 51% attack and more.

While it may not appear obvious, CBDCs present an even larger attack surface and are likely to be cyber-attacked by rival states who now have to contend with one centralized point of failure for financially motivated hackers to attack. States that issue CBDC will most likely face an onslaught of cyberattacks, particularly in the early years and as has been highlighted this year—government agencies and countries are very susceptible to coordinated hacking efforts as well.

Although the rise of CBDC development is an obvious testament to the success of cryptocurrency, the differences are numerous. CBDC will effectively compete and attempt to negate crypto, not necessarily find ways to bring Bitcoin into the fold.

While central bank digital currencies will have the speed and practicality of cryptocurrency, opposition to crypto is fundamentally why CBDC will soon exist and philosophically they are the antithesis of everything Bitcoin was created for—to escape the constraints of a broken financial system, empower individuals with financial autonomy, and to bring transparency and trust to finance.