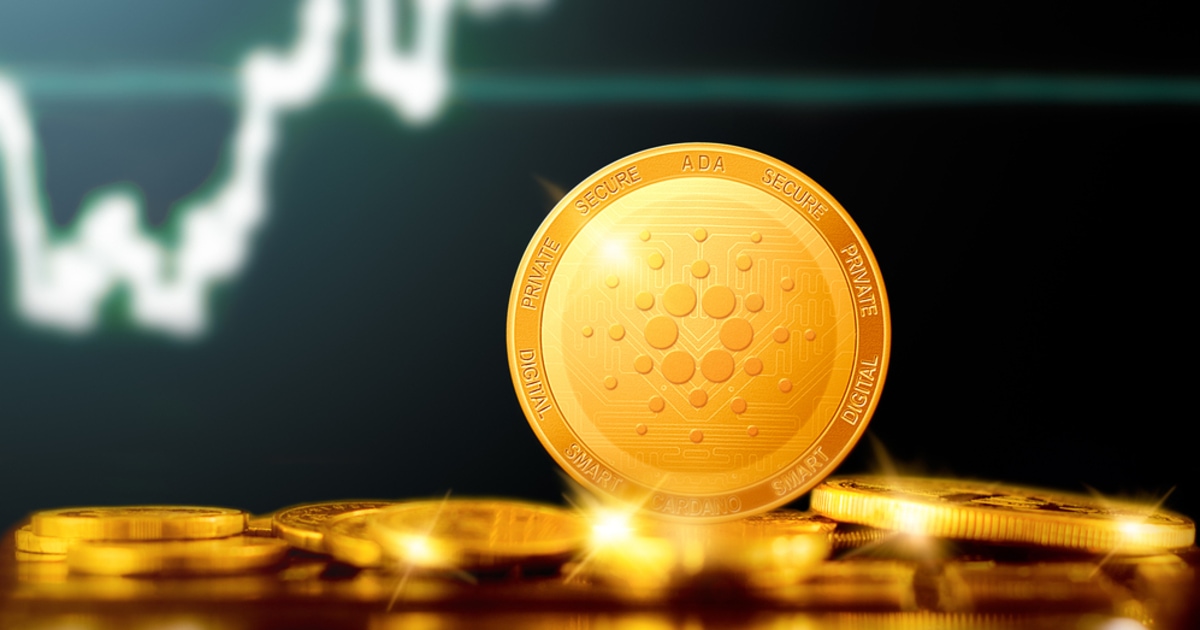 Cardano (ADA) has been trading sideways since its attempt to break through the previous resistance level of $1.48 on March 18, to no avail.

This shows that the market does not think that ADA is overvalued. Rather, ADA has currently accumulated enough strength to break through the strong resistance of $1.48 at an early stage, and according to market analysis, ADA is destined to surge higher.

The trader added that he is accumulating Cardano because he believes that the current consolidation is temporary, as the decentralized network seeks to build a smart contract platform on a larger scale. 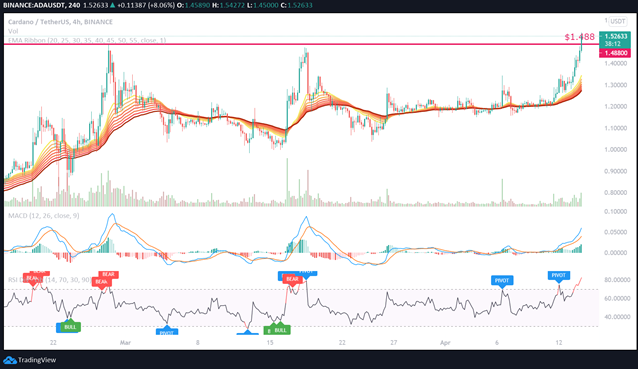 Judging from the 4-hour candlestick chart, Cardano has broken the previous high of $1.488, and the bulls are trying to reverse this resistance level into a support level.

ADA hit an all-time high of $1.55, and trading volume is currently increasing. At the time of writing, the transaction price of ADA has retraced to $1.53.

As Bitcoin set a new historical record of $64843, it has attracted more funds to continuously flow into the cryptocurrency market.

The relative strength index indicates that this altcoin has remained over the equilibrium zone of the 50 marks and has treaded upwards to the overbought zone. The upward Exponential Moving Average (EMA) ribbon and bullish MACD index indicate that the current price level is supported by the buyer.

In order to invalidate the bullish outlook, ADA bears must suppress the price below $1.48 at all costs. A strong consolidation at this level will cause the price of Cardano to fall to a 20-Exponential Moving Average of $1.26.

If the bulls can push the ADA's closing price above $1.55, then the bullish momentum may prompt ADA to reach a new all-time high of $2.00.