The Cardano blockchain expanded its technical potential by upgrading Mary on March 1. Cardano (ADA) will achieve another milestone in its development through the upcoming Alonzo Hard Fork-creating an entire ecosystem of DeFi projects centred on Cardano. 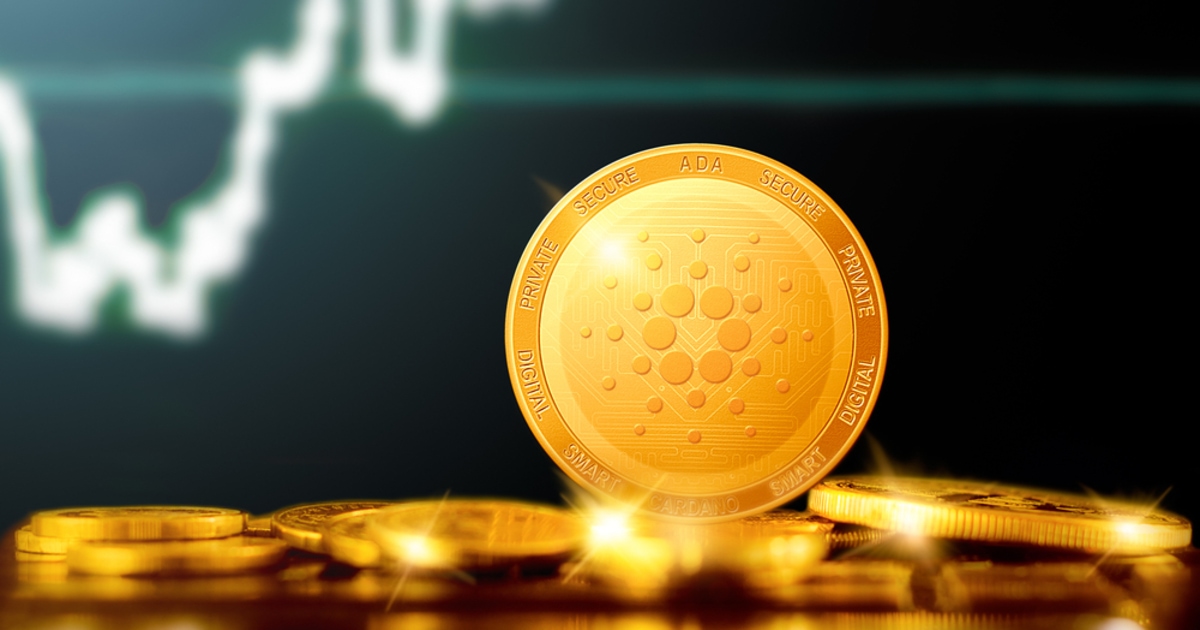 Cardano is actively developing Alonzo testnet currently. This upgrade aims to enable developers to create and deploy complex smart contracts on the Cardano blockchain. If all goes according to plans, the testing phase should begin by mid-May at the latest. These functions will be fully available on the mainnet in August.

With the upcoming launch of Alonzo testnet for sometime next month, ADA's price is likely to exceed its previous all-time high (ATH) of $1.485 and soar higher.

Ethereum is currently ranked as the first blockchain leveraged by the DeFi sector. Due to the expensive transaction fees, people are constantly turning to the cheaper Binance Smart Chain (BSC). But the issue of decentralization has always been the focus of attention.

Based on its fully centralized advantages and the upcoming smart contract test, Cardano is preparing to continuously improve itself to become a stronger competitor of Ethereum. By obtaining the DeFi-specific market boom, the price of ADA will benefit from DeFi market activity. It is a sign of growth in Cardano’s price rally. 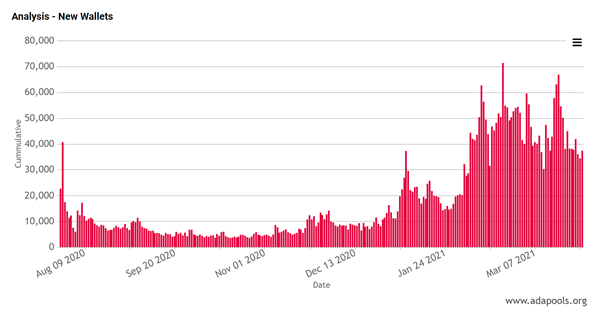 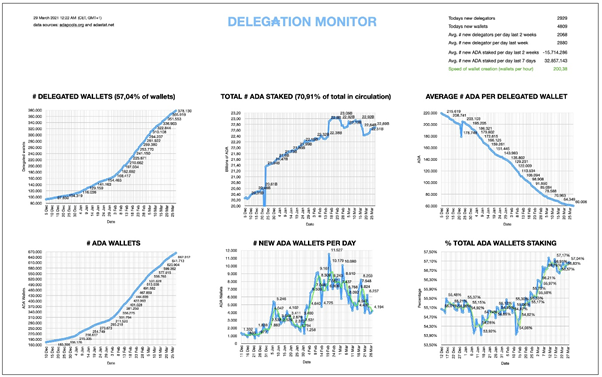 When looking at the number of new ADA wallets, the cumulative number has declined. But the percentage of the total number of ADA wallets staking has increased. This shows that the price rise continues to expand. This is just the beginning and will usher in a new round of rising.

Cardano, as the fifth-largest cryptocurrency with a market capitalization of $38,622,821,103, tried to touch its all-time high of $1.485 in mid-March but encountered strong selling pressure. At the time of writing, ADA's price is in recovery mode, fluctuating around $1.20, waiting for the next big swing.

The transaction prices of ADA/USD for recent days were much higher than the Exponential Moving Average ribbon. It proves that ADA has jumped out of the previous downward trend. The upward stochastic RSI indicator and the upward sloping exponential moving average ribbon indicate that the bulls are currently dominating the market for ADA.

At the same time, the MACD indicator has been glued above the zero axes, which is a precursor to the formation of a bullish crossover. ADA’s price is expected to hit its previous ATH. The next level for the market’s bulls could be found around the $1.29 resistance.

If a large number of sell orders are triggered, then ADA/USD will test the 20 day-Exponential Moving Average of $1.17 support level. If the bulls fail to defend $1.17, then the $1 mark will be tested.