Bitcoin (BTC), the first-ever digital currency (cryptocurrency) has attained a new all-time high (ATH) price figure of $48,745.73 according to CoinMarketCap. This new milestone has catapulted Bitcoin to attain a $1 Trillion diluted market capitalization for the very first time in history. 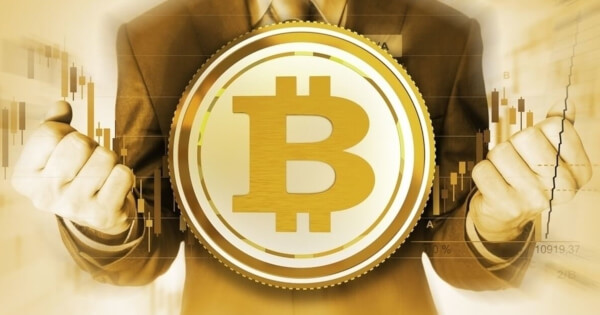 The Diluted Market Cap is a metric that takes into account the maximum possible number of Bitcoin, which is fixed at 21 million. The maximum BTC supply, when multiplied with the current all-time high price of Bitcoin, gives a diluted market capitalization of $1.02 Trillion.

Bitcoin continues to set the pace as the biggest cryptocurrency both by its price which is eyeing to break the $50,000 psychological level and by its market cap of $883.15 billion at the time of writing, which makes up as much as 61.4% of the global cryptocurrency market cap.

The premier cryptocurrency has seen a lot of good days in the past weeks, with many historic milestones attained in the year 2021. The coin’s appeal has drawn interest from key Wall Street firms with electric vehicle maker, Tesla recently joining the band with the purchase of $1.5 billion worth of the cryptocurrency.

The embrace and support for Bitcoin by Tesla is particularly a defining one, as the firm’s bet has allegedly been seen as a move to help de-risk the acquisition of the asset by public companies, as noted by Michael Saylor, the CEO of MicroStrategy Incorporated.

The latest rally of BTC to price levels above $48,000 has brought the total number of Bitcoin addresses in loss to a 1-month low of 485,592.042 according to data from Glassnode. Despite these obvious strides, however, Bitcoin is still seen as a viable investment asset whose price is bound to soar in the coming years according to multiple analysts.