After roaring above $50K on August 23 for the first time since May, Bitcoin (BTC) revisited this level in the last 24 hours even though the leading cryptocurrency had retracted to $49.9K during intraday trading, according to CoinMarketCap.

This price surge also saw an uptick in addresses transacting, given that they hit a two-month high. Crypto analytic firm Santiment explained:

"With Bitcoin’s visit above $50,000, we also saw the first day that over 1M addresses were interacting on the BTC network in 2 months."

Ali Martinez echoed these sentiments that large transactions were being witnessed on the Bitcoin network. The market analyst acknowledged:

“BTC whales and institutional players are back! Bitcoin shows an important uptick in the number of large transactions on the network with a value of $100,000 or greater. Roughly 24,000 large BTC transactions have been recorded today.”

Bitcoin’s transaction volume recently reached a monthly high of 47,433.025 BTC. The leading cryptocurrency has been leaving crypto exchanges at a high rate as the balance continues to diminish. 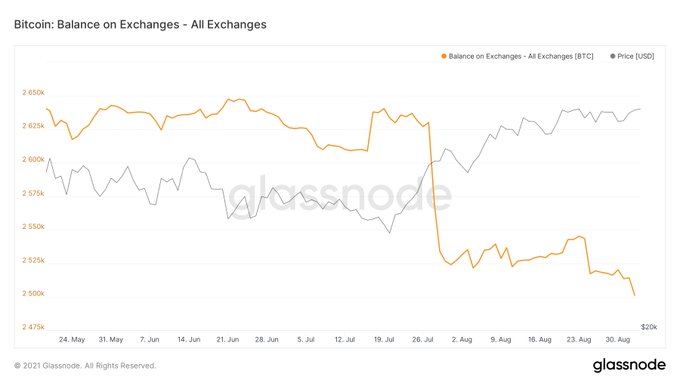 On-chain analyst Lark Davis believes this could signal the return of institutional money. He noted:

“Huge outflows of Bitcoin from Coinbase = institutional money is once again gobbling up BTC!” 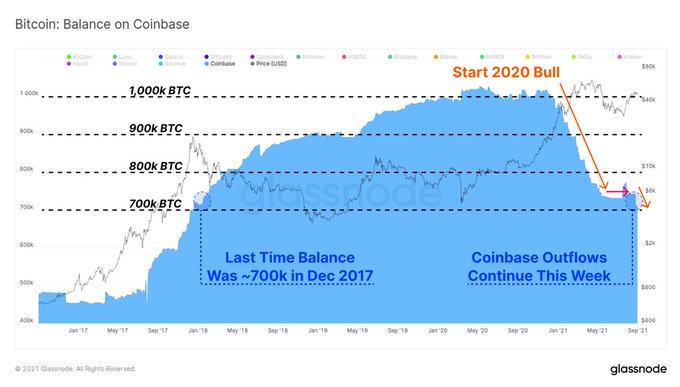 Institutional investment played a pivotal role in enabling Bitcoin to breach the previous all-time high (ATH) of $20,000 in December 2020, a fate the top cryptocurrency had been trying in vain for three years.

The injection of more capital investments also enabled BTC to hit a record high of $64.8K in mid-April.