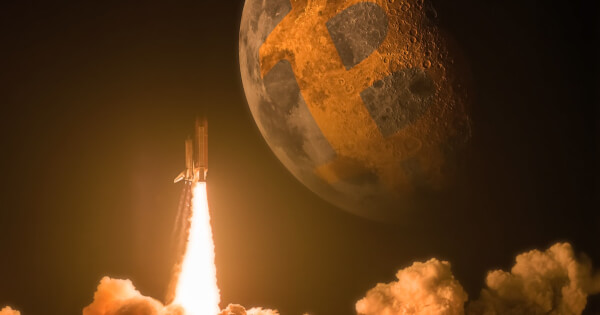 According to data from Trading View, the BTC/USD pair has gained over $1800 dollars and 12.86% in the last 24 hours. According to crypto data analytics platform Messari, Bitcoin has now managed to stay above the $15,000 support for 20 days of its life-cycle, roughly 0.4% of its life.

MicroStrategy is now looking like geniuses to the rest of the world after choosing Bitcoin as its reserve asset. As reported by MicroStrategy Bitcoin tracker on Twitter, the intelligence firm is up by $182 million dollar in the last 24 Hours—their original investment of $425 million in BTC is now valued at $607,639,500. 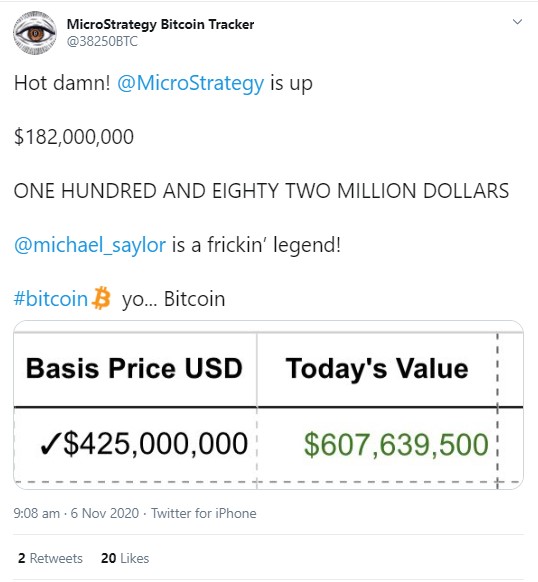 Bitcoin’s bullish behavior has been rampant in the lead up to the US elections and the prevailing uncertainty. While US presidential candidate Joe Biden is just six electoral votes away from victory, with officials continuing to count ballots in Georgia, Pennsylvania, North Carolina, Arizona, and Nevada. Head of Research at Blockchain.com and top UK economist Dr. Garrick Hileman told Blockchain.News that the prevailing uncertainty is one of the forces behind BTC’s continued bull run. He said:

"Anything that negatively impacts the perception of a safe and stable dollar will likely boost interest in bitcoin and other cryptocurrencies.”

BTC is also surging amid the news the US Department of Justice has seized more than $1 billion dollars from an anonymous hack who managed to crack a wallet connected with the infamous silk road.

For now, the BTC price surge appears set to continue with may analyst predicting we should reach $17,000 in the next few days, but get ready for some extreme volatility as the markets continue to watch the election results.