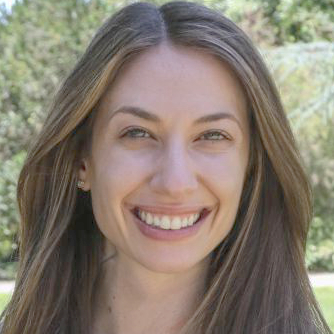 5 Ways the Crypto Market Has Changed in 2020

As we head into this new decade, it’s almost remarkable how much different the crypto market looks than it has in years past. That doesn’t mean we’ve seen significant changes in 2020 just yet — after all, we’re only a few months in, as hard as that is to believe. However, there are some significant developments that have set the next few years in the crypto market up to look very different from the last few.

To dive into this idea a little further, here are five specific ways in which the crypto market appears to have changed.

We recently wrote about "Why Stablecoins Are Securing the Future of Crypto World" and the point is getting more and more difficult to refute. In that piece we discussed the growing tendency of financial institutions to show interest in stablecoins, which has resulted in the fairly sudden emergence of Central Bank Digital Currencies (CBDCs). But between these, Facebook's Libra, and options like Tether and its expanding list of imitators, stablecoins have indeed become center-stage topics in the crypto world, and are poised to alter the landscape significantly in the coming years. To an extent, they all represent the same idea: a sort of hybrid between crypto tech and backed, “stable” currency.

It’s often predicted that one altcoin or another is gaining steam, or posing a genuine threat to bitcoin’s supremacy. This time though, while we aren’t challenging bitcoin’s current value, we have data to back up the idea that altcoins are entering the new decade with a bit more clout. Our article on ‘Which Cryptocurrency Has The Highest ROI As Of Q1 2020?’ published here revealed as much. It pointed out the bitcoin ranks only fifth in this category, with DASH, Binance, IOTA, and NEM boasting greater ROI.

A few years ago, investing in cryptocurrency basically meant one thing: buying and holding it. In 2020 though, it can mean a few other things as well, such as CFD and futures investing. Plus500's overview of CFD Trading explains some of the details of this practice, which allows people to trade in both directions (buying and selling), and which is active 24/7. As for futures trading, meanwhile, it gives investors the option to buy crypto assets in the future at prices that are already agreed upon — another way of betting on movement without actually buying coins.

Bitcoin’s Lightning Network has been discussed for years now, sometimes in terms that suggest it’s some sort of savior for the leading cryptocurrency. It’s believed that it will significantly expedite peer-to-peer transfers of bitcoin (even in very small amounts) — potentially to the extent that some altcoins that were developed specifically to make these transfers easy would be made obsolete. There are some hints that Lightning Network could come into play this year, though it’s hard to say so for sure.

5. The Safe Haven Narrative May Be Decided

Unfortunately, 2020 may also give us the answer to the popular question of whether or not cryptos can be safe havens in times of crisis. This is not merely something crypto advocates have suggested, but rather an idea that’s worked its way into the general public’s perception of cryptocurrencies. Early returns when economic calamity hit were not strong; in mid-March, a negative take on cryptos was reported, suggesting that it was not performing as a safe haven in the face of market collapse. Since then though, cryptos and bitcoin in particular have rallied significantly. Nevertheless, it may still be too early to make a ruling on the safe-haven idea. How bitcoin and other cryptos perform at this moment could significantly alter how we view them moving forward.

The Author, Violet Jones, declares that there is no conflict of interest.