As a crypto enthusiast, you must have heard about Tezos, a promising new blockchain-based platform for building smart contracts and decentralized applications (dApps). In case you haven’t, we have you covered on the key details in this guide. 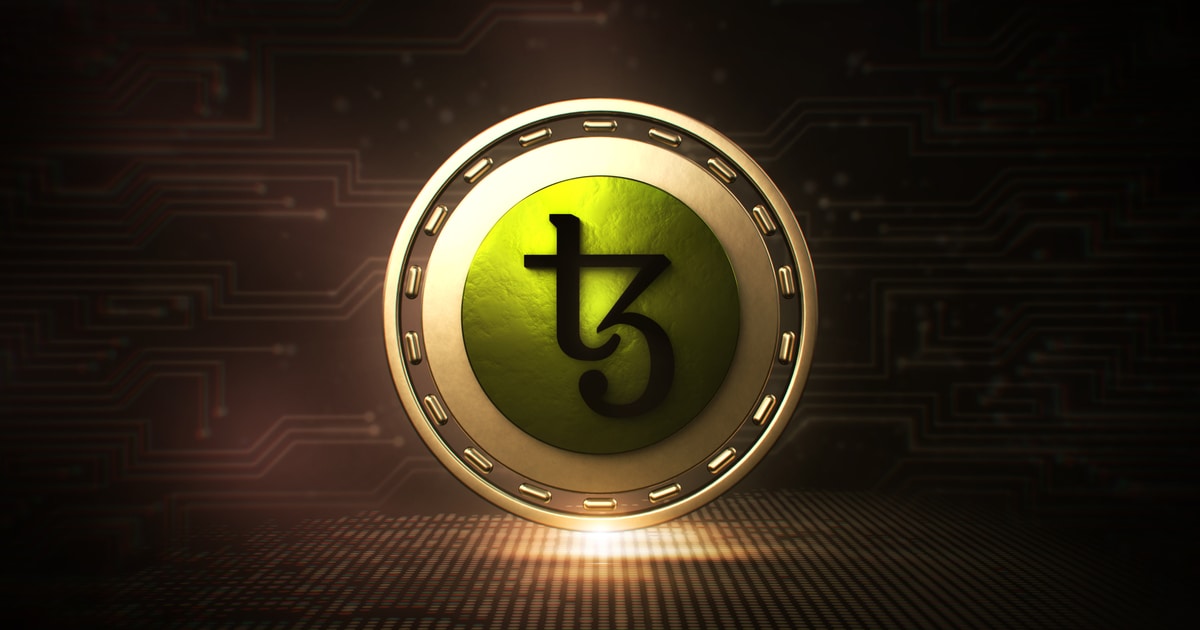 We’ll start by introducing you to the team behind this project. We’ll talk about their vision to create a blockchain network based on the effort and suggestions of all token holders who will make joint decisions and help Tezos grow and evolve.

In order to show what makes Tezos a one-of-a-kind platform, we’ll also explain its revolutionary features and blockchain mechanisms that keep the network running and ensure good rapport between the nodes.

The Crypto History Behind Tezos (XTZ)

Tezos was co-founded by husband and wife Arthur and Kathleen Breitman.

Arthur had studied applied mathematics, physics, and computer science in France, later moving to the US to pursue a degree in financial mathematics. It was he who got the idea for this project and started working on it back in 2014 with the help of his wife, a former Bridgewater Associates employee.

That same year, Arthur Breitman published Tezos’ whitepaper, where he outlined the challenges Bitcoin was facing and proposed his solution - the first “self-amending” blockchain, Tezos, and its native cryptocurrency Tez (XTZ).

Breitman also predicted that there would be a flood of new tokens in the following years. He planned to make Tezos stand out by designing it as an open-source permissionless network and a protocol to which everyone could contribute.

After a couple of unsuccessful attempts to get sufficient funding for their project, the Breitmans decided to hold an uncapped Initial Coin Offering (ICO) on July 1, 2016. The Tezos ICO ended up being the second-largest ICO to date. It lasted 13 days during which the project raised approximately $232 million, i.e. the worth of 66,000 BTC and 361,000 ETH at the time.

Finally, in June 2018, Tezos launched its main net with a total supply of 763 million Tezzies (XTZ).

Tezos is supported by the Tezos Foundation headquartered in Zug, Switzerland, and spearheaded by Hubertus Thonhauser, Alexis Bonte, and Lars Haussmann. Arthur and Kathleen control the “intellectual property” or the Tezos source code, under a company called Dynamic Ledger Solutions (DLS). The Foundation controls the capital and helps promote the Tezos protocol.

So, how does Tezos differ from other prominent cryptocurrencies like Bitcoin or smart contract platforms such as Ethereum?

The answer lies in the three unique features of the Tezos network: on-chain governance, Liquid Proof of Stake, and formal verification of smart contracts.

The term “software fork” is used to describe a divergence in the software as a result of which two versions of the project are created, i.e. the original one and the “forked” second version. This is what happens with open-source projects if the team disagrees on how to proceed and decides to split up instead.

There are two types of forks: soft and hard forks. Soft forks are minor changes in the blockchain where users who have implemented the fork can still communicate with users who haven’t. A hard fork results in the creation of a completely separate blockchain.

Tezos, on the other hand, employs an on-chain governance model where blockchain modifications are adopted via self-amendment instead of hard forks. Even though hard forks aren’t necessarily a bad thing, they can sometimes be contentious and competitive.

On-chain governance prevents unnecessary splits by allowing token holders to vote for the developer’s proposal after an initial testing period during which the Tezos community examines and comments on the suggested upgrade.

Based on the votes and the overall feedback, a “hot swap” occurs and the update is implemented without any hard fork.

An efficient consensus mechanism is key to facilitating communication between the nodes of any blockchain network.

The first widely used consensus method was the Proof of Work (PoW) mechanism implemented and popularized by Bitcoin. Here, the miners who operate the nodes use a lot of computational power to solve a complex algorithmic puzzle and broadcast their answer. The rest of the nodes need to approve the answer so that the next block of data can be formed.

However, PoW is often criticized for being almost centralized. The amount of energy that goes into mining Bitcoins is unreasonably high and only companies that can afford to buy powerful ASIC miners have any chances at all.

This is the main reason why the team behind Tezos decided to use the Liquid Proof of Stake mechanism (LPoS) instead. In a typical PoS blockchain, instead of miners, there are validators who put their tokens at stake to validate new blocks and qualify for voting rights.

Tezos, on the other hand, uses a unique PoS model based on “liquid democracy”, a fluid cross-over between direct and representative democracy.

Staking can be done in two ways: users can vote and confirm transactions directly (this is called “baking”) or transfer their rights to another user who has the technical knowledge needed and let them do the job (known as “delegating”). Delegating is made possible via special smart contracts.

Tezos users can qualify to become bakers if they own 8,000 XTZ or “1 roll”. This way, they can confirm transactions and earn rewards. If another user has delegated the baker, they share the reward with that user. What makes Tezos staking so attractive is that you can earn a 5.53% annual return on your stakes.

The main advantage of the LPoS is that more users can win the right to vote on transactions. Moreover, it doesn’t require enormous amounts of energy and even retail traders can afford to participate.

With imperative languages, the developer writes a code that describes what the computer should do in detailed steps. In comparison, using functional language allows the developer to write the code as a set of functions that need to be executed.

The functional approach is faster and more accurate which makes it better for smart contracts. It can mathematically guarantee that a program is correct. This is known as formal verification of smart contracts.

We hope that you found this guide informative.

We discussed its evolving ecosystem and the features that distinguish it from some similar blockchain-based projects. It’s evident that Tezos has enormous potential with use cases spanning across many different industries and the crypto world has more to gain from this growing community.