Released in March 2020, the Balancer protocol is an Ethereum-based automated market maker (AMM) that enables users to earn fees by contributing to the platform by providing liquidity using multiple tokens. Balancer is a second-layer infrastructure platform built on top of Uniswap that allows AMMs to combine multiple unevenly weighted assets into a single pool. 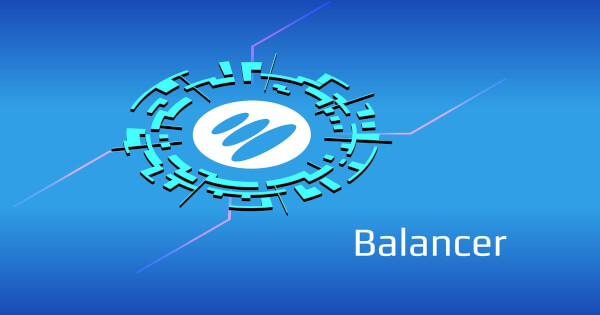 Described by some as a self-balancing crypto-ETF, Balancer allows users to create and manage their own personalized index fund by creating liquidity pools, or invest in an existing LP. These funds are self-balancing, meaning that currencies can be exchanged without the need to exit the liquidity pool.

AMMs allow market-making to take place without intermediaries, rather, by the use of algorithms that determine the rules of trades.

The Balancer Pool Management dashboard allows users to add or remove liquidity from different pools and oversee the liquidity and trading volumes of each pool.

With the use of Balancer’s Constant Mean Market Maker (CMMM), up to eight different crypto assets can be entered, swapped, and removed from LPs without friction.

How Does Balancer Work?

Balancer has a sleek UI, but under the hood, there are some sophisticated mechanics at work that allow such dexterity in LP management.

There are three variations of the Balancer pool: Private Pools, Shared Pools, and Smart Pools.

There is only ever one single LP in charge of the pool.

Liquidity can be added by anyone. Ownership of the pool is tracked by the Balancer Pool Token (BPT).

Similar to Shared Pools, liquidity can be added by anyone, with ownership tracked by BPT. The main difference is that this pool is operated by a smart contract that enables users to readjust balances, weighting, and fees.

Pools are owned by liquidity providers that can create pools and profit from the trading fees. This model is similar to that of Uniswap, but the key difference is that LPs on Balancer can use  ERC-20 tokens of their choice to create a pool and also set custom trading fees.

Rebalancing works when an LP creator decides how much of each asset will be in a liquidity pool. As an asset is traded from the pool, the percentage of that asset’s weight within the pool reduces. If the prices of the assets within the pool begin to deviate from market prices, the price differences are taken care of by arbitrators.

Though there are currently no fees from trades on Balancer, this could soon be implemented.

What Problems Does Balancer Solve?

However, the incredible rise in decentralized exchange volumes in recent months are shadowing their heavily regulated counterparts. DeFi platforms like Balancer allow users to provide liquidity and trade without KYC, from anywhere in the world.

When released in March 2020, Balancer was not fully decentralized. Parent company “Balancer Labs” raised $3 million of investment in the March seed round. The first iteration of the protocol meant that users were not able to participate in the governance of the protocol, though the BAL token is designed to take care of this.

The BAL token is intended to be a governance token, similar to COMP or MKR. BAL will give users governance rights to decide the future of the protocol as it matures into decentralization. The yield farming hype that has propelled DeFi in recent months has made BAL a speculative and highly traded asset.

Very early in the protocol’s history, Balancer was hacked. Four months after launch, the protocol was exploited for roughly $500,000. The sophisticated attack was carried out using a Flash Loan from dYdX and the deflationary Statera (STA) token.

The attacker took out a flash loan from dYdX to the sum of approximately 104,000 WETH, worth around $23 million at the time. This was swapped multiple times for STA. As each transaction burned around 1% of the STA, the amount of WETH increased dramatically.

Balancer did assure users that all lost funds would be reimbursed, which shows a great deal of integrity considering the impact on the reputation of the platform so early on.

Users can put their crypto to work by earning fees for participation, which is handy for the over-hodlers among us. You could deposit your entire portfolio, should you wish to, into these rebalancing LPs as others trade against your portfolio.

Asset prices are not fed by outside oracles as LPs don’t change unless a trade takes place within the pool. In the future, Balancer could be used to pool real estate and other assets. DeFi platforms aimed at the retail sector are becoming increasingly popular, expanding into new territory regularly.

With Curve and Uniswap both upping their AMM game, Balancer could be a serious competitor in the DeFi space if they are able to incentivize users. Balancer is still very young and has come a long way in such a short period. In time, it could compete with some of the most popular DeFi platforms on Ethereum.