Peter Schiff and his son have brought their friendly banter regarding Bitcoin investments to crypto Twitter. 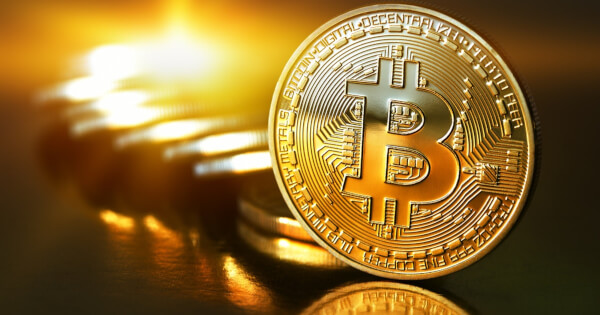 The well-known gold investor has long been known to criticize Bitcoin (BTC), claiming in the past that it was not a good investment and calling the digital asset a pyramid scheme. Also known to have owned a bit of Bitcoin before, Schiff had previously declared that he had lost access to his cryptocurrency wallet and was unable to assess his funds.

It seems that ever since, the Bitcoin critic has gone the other way, adopting a negative stance towards the mainstream cryptocurrency.

However, in light of his son’s eighteenth birthday, Schiff has humored his son, who has looked into Bitcoin investments. The seasoned investor and businessman encouraged the crypto Twitter community to send BTC funds to Spencer Schiff’s wallet address.

Now, taking to his social media platform, Schiff has once again broached the subject of Bitcoin and demanded Twitter users how to input their opinions regarding the digital currency. Tweeting a friendly poll, he said:

“Against my advice, my son just bought even more #Bitcoin. Whose advice do you want to follow? A 57-year-old experienced investor/business owner who’s been an investment professional for over 30 years or an 18-year-old college freshman who’s never even had a job.”

The poll option buttons read “experienced professional” vs. “the kid.” Of over 60,400 votes, 81% of Tweeters seemed to back Spencer Schiff’s Bitcoin investment, as opposed to taking Peter Schiff’s side.

While some investors applauded the millennial’s investment choice, others praised Peter Schiff and said with his son investing in Bitcoin, the seasoned investor had the best of both worlds in terms of assets. Bitcoin bull and Morgan Creek Digital co-founder Anthony Pompliano replied to Schiff’s thread and said:

“Peter you’re a very smart guy. Using your son to hedge your gold bet is a great idea. Gold goes up, you benefit. Bitcoin goes up, your son benefits. Clever way to be long both assets without publicly capitulating on gold. Impressed!”

To which Schiff replied that his concern was with older people losing a lot more in investments since older cohorts appear to disfavor Bitcoin and lean more towards gold investments or traditional stocks. The CEO of Euro Pacific Capital Inc. said that for older people, they would not have enough years left to make up for the loss.

It seems that older investors tend to favor bond funds and gold, while millennials leaned towards cryptocurrency and tech-related investments more, according to research conducted by JPMorgan Chase strategists.

Because gold is traditionally viewed as a safe-haven asset, older generation investors appear to align more with it. On their end, millennials embrace Bitcoin and tech-related investments more, despite the volatility and subsequent risk level associated with BTC.

Over the weekend, Bitcoin’s price crashed, dropping below the $10,000 mark point. Shortly after the dip, it rose above $10K, trading slightly north of $10,300 at the time of writing.

The reasons causing the crash has been speculated upon by market analysts, with some attributing the crash to Bithumb crypto exchange being raided by South Korean police and others pointing to the US dollar plummeting on the market.