The week ending October 9 spelled the close of a profitable session for Wall Street stocks as seen on the Dow Jones Industrial Average, the S&P 500 index as well as the Nasdaq Composite.The perceived bullish rally as seen on Wall Street also permeated down into cryptocurrencies with Bitcoin (BTC), Ethereum (ETH), Ripple (XRP) breaking weeks of dormancy and indecisive price moves. 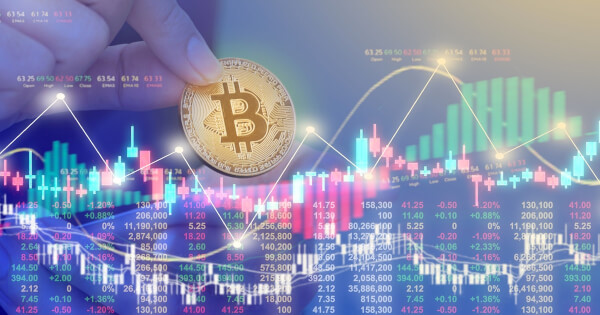 The rally seemingly defied expectations of a bearish plunge particularly in crypto prices as the halting of the COVID-19 stimulus negotiations sent bitcoin (BTC) price down on the 7th of October as reported by Blockchain.news.

A popular trend in the price of core digital assets is such that a bullish rally in Bitcoin (BTC) price sends a ripple effect down to other cryptocurrencies including Ethereum (ETH), and Ripple (XRP) amongst others.

Bitcoin price surged by over 3% as gleaned from Coingecko. Currently, bitcoin has broken past the $11,300 support level it has battled with since Sept. 22nd, and indications from technicals strongly suggest the premier digital currency may be on its way to surge past the $12,500 price target it hit as of Sept 4 this year.

Besides several market forecasts about bitcoin’s impending bullish runs, technical indicators on Trading View lends credence to the further bull actions. On the 4hr BTCUSD chart, the Relative Strength Index (RSI) ticks 70.60 which indicates that the coin is in the overbought region, a chance for the bulls to impress more on the coin. Confirmation is seen from Bollinger Bands with the price surging past the upper bands.

Ethereum (ETH), currently trading at $371.31 with about 4.4% gain as seen on Coingecko. While Ethereum’s RSI (currently at 68.96) is not as decisive as that of Bitcoin, the coin is set to ride on the recent DeFi surge to hit new highs should the bears fail to bring any resistance.

Ripple (XRP) on the other hand has attained a slightly above neutral price surge in the past 24 hours. The Awesome Oscillator on the XRPUSD chart is currently above the zero trendline. While this is supposed to suggest that the current momentum is bullish, the RSI value of 58.20 shows that the bullish momentum may not be strong as to drive the massive rallies as the technicals suggest for both BTC and ETH.