In an interview on CNBC’s Squawk Box program, Sandi Bragar, the managing director at Aspiriant investment management company, hinted that PayPal is working on rolling out cryptocurrencies on its platform. Bragar revealed that the Fintech giant company is currently working to make it possible for merchants (sellers and shops) to accept cryptocurrencies. 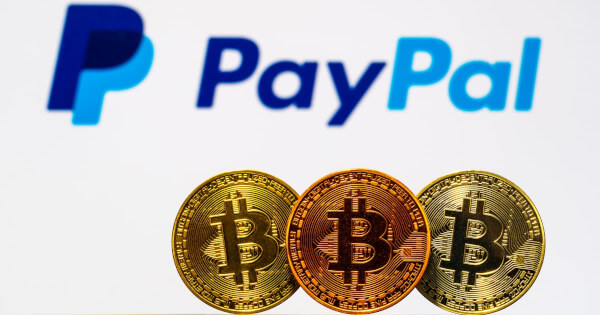 Bragar said that as the use of viral currencies by the mainstream masses rises, PayPal’s effort is going to be significantly vital to spearhead this process. As more people become interested in cryptocurrencies, adoption grows, and so does the number of merchants interested in accepting crypto payments. PayPal has stepped in to make it easier for integrating cryptocurrencies into online businesses. Bragar stated that this makes the company’s shares more attractive stock for investors. She precisely mentioned that PayPal’s openness to cryptocurrency is one reason why Aspiriant views it as a favorable stock for investors. The other reason is the COVID-19 pandemic’s impact on commerce.

“It’s at the forefront of all the e-commerce and digital payments, and we think that there’s been a huge amount of demand as people have been staying at home, conducting commerce from their couch, from their beds, wherever they’re hanging out. And we think that’s going to continue as we move beyond this pandemic ultimately as people get out and about more and begin to resume more of a normal life.”

Charging customers in Bitcoin can be beneficial to businesses in several ways. First, accepting payments via credit cards can be expensive, with payment processors and banks normally taking a cut of 3-5 percent. Cryptocurrencies can reduce such fees to less than one percent. Furthermore, receiving payments in cryptocurrency can also significantly expedite international transactions and minimize fees, which is ideal for merchants.

Many mainstream firms have been looking at the prospects of crypto assets and thus have been venturing into the industry. While the social media giant Facebook has set a great example with its Libra project, several other mainstream companies have also become interested in making use of cryptocurrencies. PayPal has been the latest company that announced its intent to offer selling and buying of cryptocurrencies. In its letter to the European Commission in March 2020, the payment giant confirmed that it is actively working to bring crypto capabilities on its platform.

Moreover, a report surfaced in July this year that PayPal intended to announce a partnership with Paxos New York-based trust firm to handle the supply of crypto assets once it launches crypto services. Paxos is not only the leading issuer of regulated stablecoins but also the financial company legally permitted to hold Ethereum and Bitcoin on behalf of institutional investors.