As markets across the globe continue to feel the crunch of economic disruption caused by the coronavirus pandemic, debate has raged over a massive stimulus package being proposed in the US which could see the IRS send up to $2000 a month to all US citizens until the recession takes a turn for the better.

According to a draft of the Covid-19 economic stimulus legislation, House Democrats are proposing the use of digital dollars and digital wallets to expedite the distribution of the emergency funds to unbanked citizens. 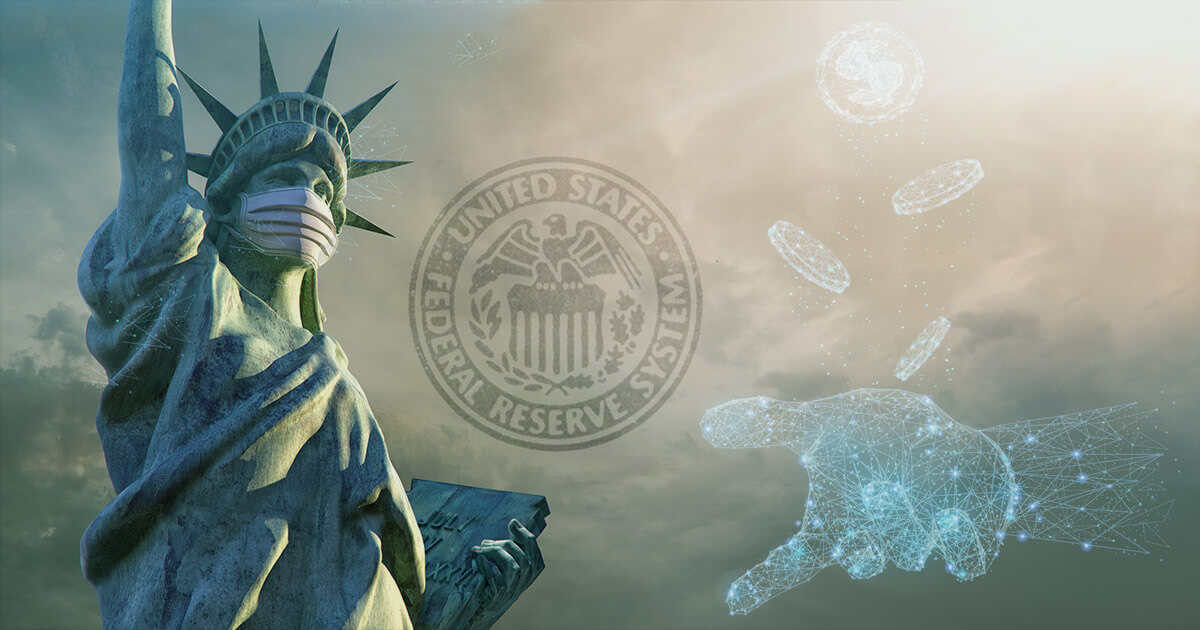 In section 101 of the draft entitled ‘Direct Stimulus Payments For Families’, the draft which has been circulating since March 23, specifically calls for the creation of digital wallets for all American citizens which are to be maintained by the Federal Reserve.

The paper defines the term Digital Dollar as, “(A) a balance expressed as a dollar value consisting of digital ledger entries that are recorded as liabilities in the accounts of any Federal Reserve Banks or (B) an electronic unit of value, redeemable by an eligible financial institution.”

The section outlines that every adult in the US earning less than $75,000 a year would receive the $2000 per month stimulus payment, with the payments becoming less and less as the market rebalances.

This latest draft of the bill comes from the office of House Speaker, Nancy Pelosi (D-CA) orginating on March 22, according to Bloomberg.

The Democrat version of the bill has enormous financial implications for the US, is over a thousand pages long and aims at distributing upwards of $1.8 trillion. The Republican version of the bill was immediately blocked when it made its appearance in Congress on both occasions (March 22 and 23) and was criticized for being too focused on helping big business.

Almost as concerning as the global economies downturn, is the projected inflation aftermath of the stimulus packages and counter measures being imposed by the Central banks and governments that have been fast to respond to the disruption caused by the Coronavirus.

Recent analysis by Bitmex highlighted, “In the US the Federal reserve has lowered interest rates to near zero (0% to 0.25%), announced the purchase of at least $500bn of treasuries and $200bn of mortgage backed securities, and also reduced the commercial bank reserve requirement to absolute zero."Bitmex believes that there are further measure to come, but it is clear that these attempts to restabalize the broken system are, “the last major throw of the dice from central bankers. Monetary policy will not be enough.”

The Fed and the Infinite Money Pool

As reported by Blockchain.News, in an interview given to CBS's 60 Minutes on March 22, Neel Kashkari, the President of Federal Reserve Bank of Minneapolis made a controversial remark after being asked to comment on how the state would deal with it if a situation like the 2008 financial crisis came again due the Coronavirus outbreak.

Mr. Neel Kashkari further clarified his controversial statement by saying 'that's what Congress has told us to do'. He stated that they have been given the authority to print money and provide liquidity in the financial system by first creating it electronically and then printing it with the Treasury Department.

After the interview went live on the internet it received a wave of public criticism, one of the voice was the CEO of Cardano, Charles Hoskinson. He went on to tweet that the comments made by Neel Kashkari gave the US Dollar a real OneCoin Ponzi scam vibe. These sentiments were reiterated by CZ of Binance and Anthony Pompliano, co-founder of Morgan Creek Digital who tweeted, “History tells us that this is not sustainable long-term for a currency.”