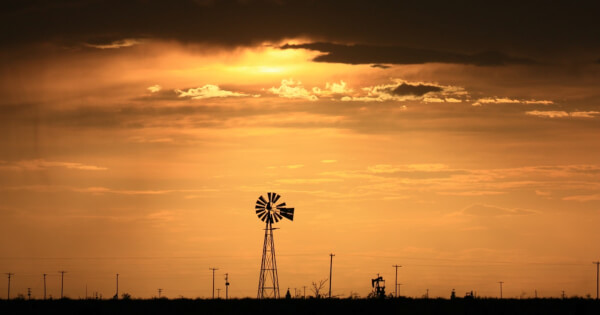 The crypto mining company listed on the London Stock Exchange revealed that it has acquired a 320-acre plot of land in west Texas, which gives the company access to up to 800-megawatts of electrical power. The company has revealed plans to build its new energy-efficient 200mw mining facility over the next 12 months. The purchase is a result of Argo’s acquisition of New York firm DPN LLC.

Argo’s purchase of land in Texas not only gives the company greater control over its mining operations but also the ability to meaningfully expand its mining capacity on a large scale. Peter Wall, the CEO of Argo Blockchain, said: “We now have access to some of what we believe is the cheapest renewable energy worldwide, in a location where innovation in new technologies is encouraged and incentivized."

Argo is the latest crypto mining firm seeking to build a facility in the Lone Star State (Texas). In the previous few years, a rising number of crypto mining firms have moved to the Lone Star State, attracted by cheap electricity from the state’s abundance of wind power and natural gas energy. The state has more than 33 GW of wind power capacity – the highest number in the US – mainly located in West Texas.

Suitable regulatory environment and cheap electricity are two of the most important factors that make Texas a new attractive territory for Bitcoin mining. The abundance of natural gas and wind energy boom makes Texas one of the most attractive places for crypto mining. Texas is becoming one of the most favoured jurisdictions in the US for blockchain innovation and investment, joining the likes of other crypto-friendly states like Arizona and Wyoming.

The current Argo’s moves come at a time when the crypto mining firm is heavily investing in its mining infrastructure and this explains why its crypto mining production has significantly increased. The firm recently announced that it has achieved another high operating mining profits and revenue last month. The company mined 129 Bitcoins in the month of February compared to 93 Bitcoins in January. This brings the total amount of Bitcoin mined year-to-date to 222 Bitcoins. At the end of February, the company held a total of 599 Bitcoins.

In February, the company’s mining revenue amounted to $6.04 million compared to $3.46 million in January 2021. The firm recently installed an additional 4,500 Bitmain Antminer S19 and S19 pro miners procured from Celsius Network blockchain company. The company also announced that as of March 1, 2021, it started paying its CEO’s salary in Bitcoin and other employees given the crypto salary option as well.