U.S. Treasury Requests Report to IRS for Crypto Transfers Over $10,000

The U.S. Treasury Department proposed Thursday that cryptocurrency transactions of more than $10,000 are required to report to the U.S. Internal Revenue Service (IRS). 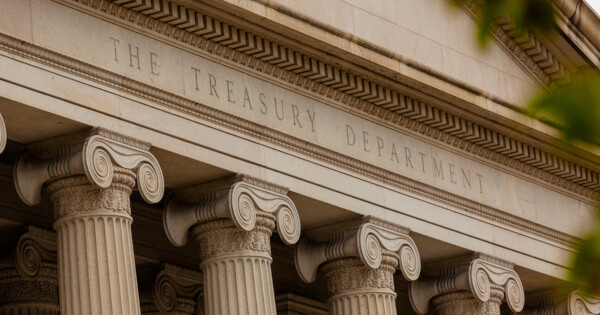 In a proposal titled the "American Family Plan" released by the United States of President Joe Biden on Thursday, it suggested that the importance of cryptocurrencies will arise, even though crypto transactions only take a small portion of corporate income at this stage.

U.S. Treasury Department aims at strengthening regulatory management by requiring more information on the report of the inflow and outflow from accounts of over $10,000  for digital assets including banks, payment providers, and cryptocurrency exchanges annually, saying that:

"Businesses that receive cryptoassets with a fair market value of more than $10,000 would also be reported on. Although cryptocurrency is a small share of current business transactions, such comprehensive reporting is necessary to minimize the incentives and opportunity to shift income out of the new information reporting regime."

The report stated that:

"Still another significant concern is virtual currencies, which have grown to $2 trillion in market capitalization. Cryptocurrency already poses a significant detection problem by facilitating illegal activity broadly including tax evasion."

This is one of the reasons why the White House proposed to provide more resources for the IRS to study the growth of crypto assets.

Government documents revealed that companies might circumvent bank account audits in cash. Therefore, the business tax gap will shift to cash-based transactions and may cause difficulties when verifying internal security risks. Tax regulators still need to explore a more reasonable path for the companies that currently handle cash and cryptocurrencies.

The Collapse of the Cryptocurrency Market Triggers Discussions among Legislators