Amid the growing positive sentiment surrounding the Decentralized Finance (DeFi) sector, the total value locked (TVL) in DeFi has topped $30 billion, according to DeFi Pulse. 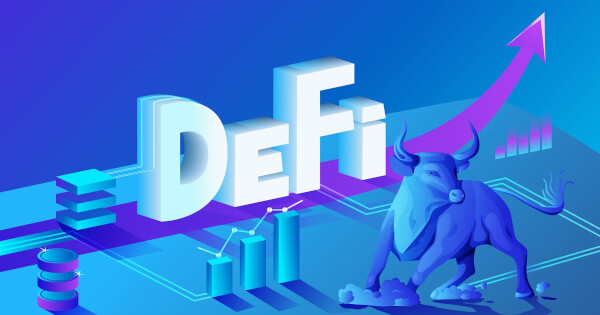 The DeFi data aggregator, which currently lists about 63 projects, ranks MakerDAO’s Maker as the leading project with $5.46 billion in TVL, which translates to an 18.20% dominance.

The Total Value Locked metric for quantifying the growth of the DeFi ecosystem represents the dollar value of all the tokens locked in the smart contract of a given decentralized lending, decentralized exchange, or other unique protocols in the industry. The data published shows that the top 5 projects are Maker, Aave (AAVE), Compound (COMP), Uniswap (UNI), and Curve Finance (CRV), which contribute the most to the TVL metric.

Besides Maker, Aave's TVL is estimated to be $4.03 billion, Compound to be $3.68 billion, Uniswap to be $3.34 billion while Curve Finance has $3.18 billion locked in dollar terms. These projects combined translates to $19.69 billion dollars, about 65.63% of the Total Value Locked.

While the majority of the DeFi projects have differing models and fundamentals, the growth of the DeFi ecosystem has been meteoric in the past months. This is reflected in the steady uptick in the TVL which stood at $13.69 billion as of November 2020, and up to $20 billion by December ending 2020 with a tremendous bullish surge.

New names are helping revamp the DeFi narrative as they continually gain prominence. The contributions of SushiSwap, Synthetix, and BadgerDAO are also prominent with $2.65 billion, $1.82, and $1.23 billion locked respectively.

The total Ethereum locked is also up from the December record and recently recorded 7.4 million Ethereum, with the total number of Bitcoin locked coming in at 45.8K.