Following the placement of Tornado Cash's crypto mixing service platform under the United States Treasury Department's sanctions list, the protocol's developer, Alex Pertsev, has also been nabbed by authorities in the Netherlands. 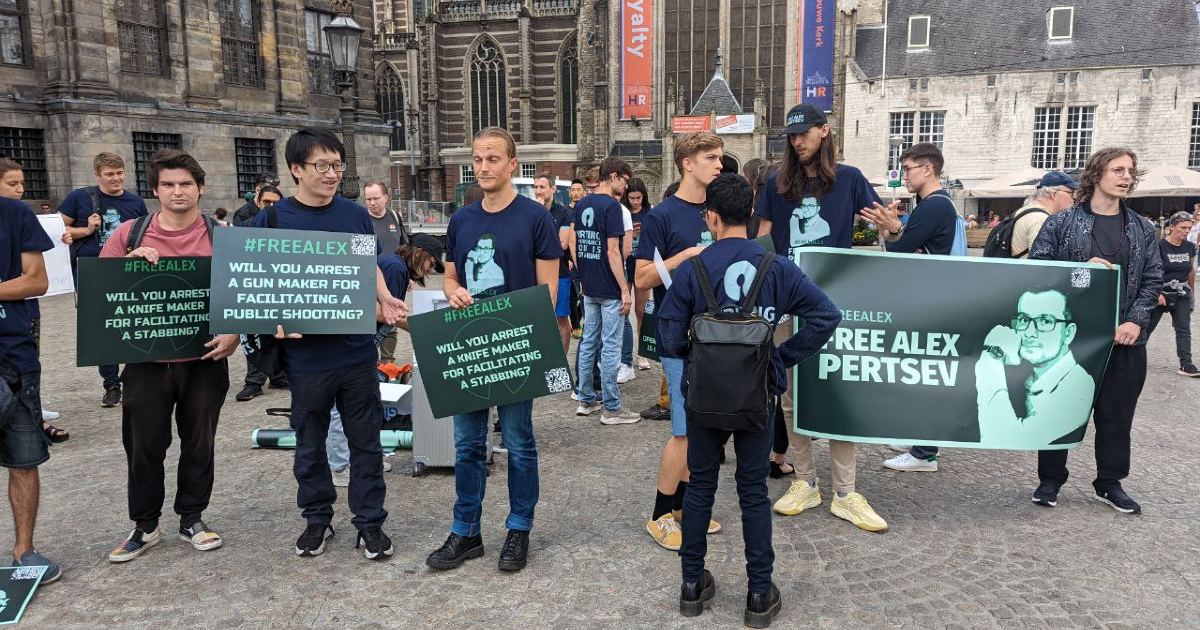 The arrest of Pertsev fueled a protest in Amsterdam on Saturday, with about 50 individuals carrying placards with the #FreeAlex. The essence of the protest and the online petition that started to demand his release was hinged on the fact that the creator of a website or item cannot be held responsible for the irresponsible usage of the assets they create.

This is the case with Pertsev with the prompt on Change.org, noting that the arrest is an attempt to discourage ingenious creativity within the open source software development space.

The petition laid the basis with respect to how unjust the incarceration is, citing examples of how the developers of the Mozilla Firefox browser and VLC Media Player cannot be held responsible for how their platform is used. Daria Mironova, the original author of the petition, thus asked the public to get the petition signed by 2,500 and also encouraged participation in the protest that took place on Saturday.

The ultimate goal is to push the petition into a spotlight that will make it visible to local media; 2,500 signatures are needed to get this done, and as of the time of writing, the total accrued signatures have turned 1,755.