The Dapp of 2019? How MakerDAO Took Charge of the DeFi Field

The MakerDao project is the contemporary success story for decentralized finance (DeFi). The project went live in December 2017, with DAI as the USD stablecoin and MKR functioning as the governance token. In the world of decentralized finance, MakerDAO is by far the most popular application running on Ethereum and has been steadily increasing traction since its launch. After only a year and a half into production, MakerDao reached its all-time high market cap of $97M on July 9, 2019. 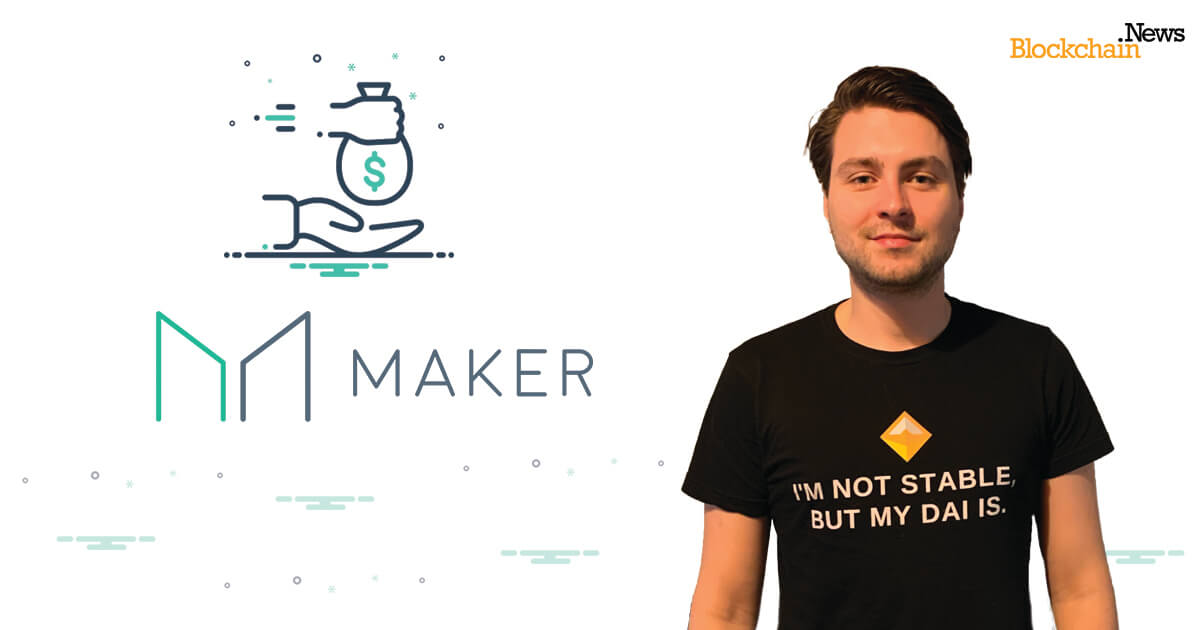 In part one of our interview with Gustav Arentoft, Business Development, Dai Speaker, MakerDAO, he offers Blockchain.News insight into the home-grown success of his organizations in terms of transparency, governance and the interesting use case of Maker in Spotify.

According to DeFi Pulse, the total ether deposited in MakerDao represents just above 50 percent of the total value locked into DeFi protocols. While still dominant it marks a significant decrease from the 90 percent recorded at the start of the year.

While the percentage has fallen, Arentoft believes, “It really depends on what you look at as dominating factors. Currently, the rankings are defined by the number of crypto assets locked into a DeFi protocol. We were one of the first projects that you could actually lock up Ethereum to print DAI against so of course, our market dominance was much higher previously.” Commenting on the increased competition Arentoft said, “Fortunately some of these new players have come along, like Compound which has had a very strong performance over the last 12 months. There are also different protocols like Uniswap, but the incredible thing is these new protocols—they take DAI and actually one of their primary use cases in their system and protocols is using Dai. For example, Compound dominates the holding of DAI with 12.6M. So we may have lost market cap but that market cap went into other protocols that utilize Dai in efficient ways and even open up some very strong arbitrage opportunities.”

Due to the nature of the DeFi ecosystem, ultimately Maker’s lost market cap is benefiting the end consumers as the various protocols are interoperable (see Exhibit 1). Arentoft said, “The protocols continue to leverage each other’s technology and awesome products and services are being created for end-users, so we are not overly concerned about the perceived loss in dominance because Dai will still be the stable value in these systems.” He concluded, “If you look at us from just a crypto perspective, we might continue to appear shoulder to shoulder against these very competitive and good products but if you look from the outside, I believe we will be one of the first projects to bring legacy world collateral into the smart contract-based systems.”

Turning to use cases and partnerships, Arentoft discussed a Maker’s collaboration with Paperchain—an extremely efficient data analytics provider which leverages data which can be publicly viewed on platforms such as Spotify.

Arentoft said, “The problem that we're solving is that currently the artists streamed on Spotify have to wait a long time before they actually receive their royalties and payments, so we've created an extremely efficient and accurate data analytics tool to basically predict the amount owed down to a 1% difference. This creates an alternative asset that traditional institutions are not used to serving, however, it is an asset that's actually relatively easy to price.”

On the Spotify project, Maker has been working with an open-source framework from Centrifuge, Arentoft said, ‘’We basically can take these individual royalties which are converted into NFTs and then you can actually create a standardized version of the collateral, which we didn't aim to use in multi-collateral Dai.” He explained, “That basically means that U.S. and Spotify artists can predict their future income. They can leverage the blockchain and the MakerDao protocol to actually gain an advance payment on the royalties that the artist will be getting. It is a new way of bringing liquidity to artists basically.”

Maker’s enjoys an unmatched degree of popularity among the DeFi community. Arentoft believes that this can be attributed to the very high degree of transparency within the organization. He said, “I think we have one of the only projects that has verifiable revenue directly on the blockchain, enhancing the transparency of fees coming to us and the overall movement of capital in the blockchain. If you want to check it out, you can go to the website called Makerburn.com which in real-time and  shows everything going through the system.”

On Maker’s governance as a decentralized autonomous organization, Arentoft commented, “We have been live with the ability to execute on-chain governance since 2017. In the future, governance is going to be a little bit more tricky because there'll be a lot more different kinds of decisions to make regarding the structure.” He continued, “But the governance of Maker was something which started out in many ways as an experiment and now with a proven track record, we have shown that this is something that actually works."

MakerDAO’s Popularity: Behind the scenes

Arentoft believes that there are many different factors that have contributed to the success of Maker’s decentralized autonomous governance. He elaborated, “We have had very strong support within the Ethereum community and I think we have one of the first strong use cases has managed to manifest itself, which in turn has created a sphere of people who wants to participate.”

Maker has also been very open and transparent about issues within their protocol such as the common pain point of scalability but has continued to engage their community throughout the process of addressing these issues. Arentoft couples this enhanced transparency with Maker’s strategy to attach themselves to projects that have the greatest growth potential as further indications of the economic communities’ interest and patronage. Arentoft divulged, “We truly project that we can go out and change the lives of everyday people right, at tremendous scale. I think people want to join that movement and the future prospect and at the same time, the Maker project has drawn the attention of the people who tend to hang around in macroeconomics circles. We have some strong followers, both from central banks and prestigious academic communities so I think there's a lot of different elements that when combined make Maker a pretty interesting and quite outstanding project.” 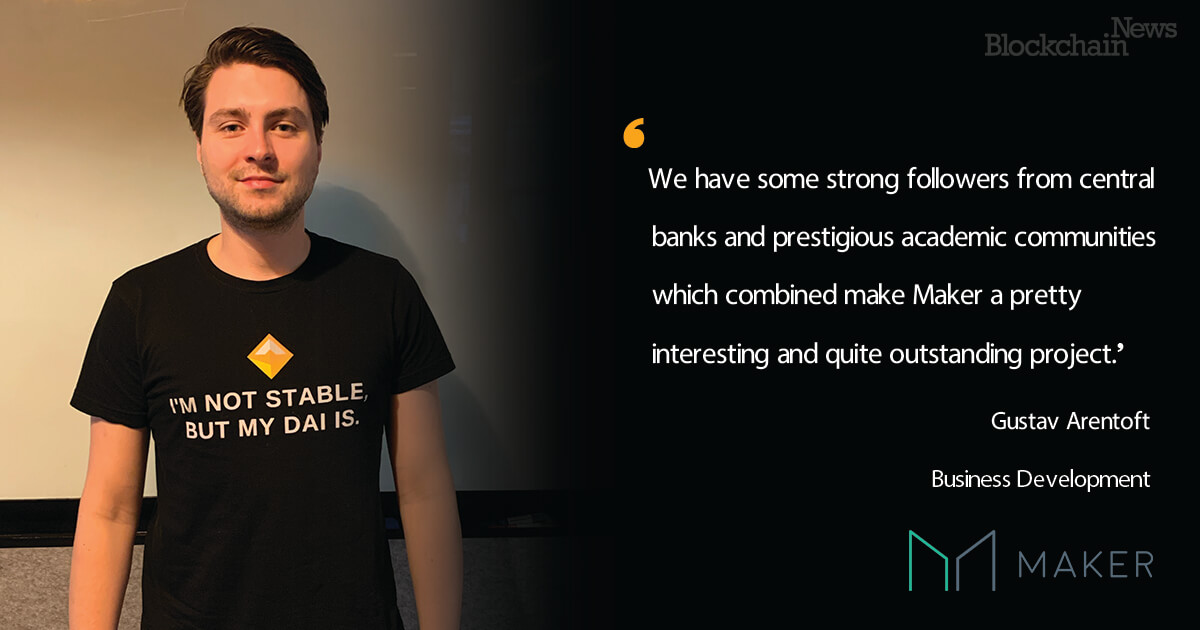 Stay tuned for Part 2 and 3 of MakerDAO’s interview.