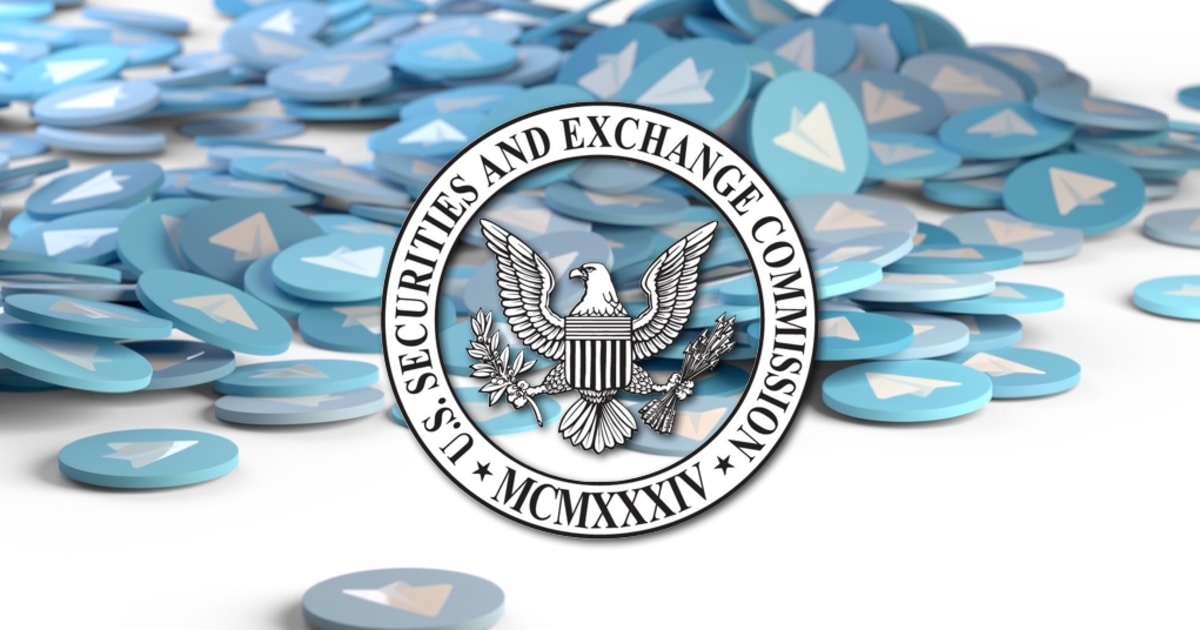 Telegram Open Network (TON) developers responded to investors in a letter regarding the United States Securities and Exchange Commission (SEC) announcing that the GRM token offering was illegal. GRM is a native currency of TON, the blockchain platform that aims at facilitating payments and hosting decentralized applications (DApps).

In the letter, Telegram stated that they are in the process of assessing the best ways to resolve the legal matters in the interests of relevant parties, and the consideration of delaying the launch date. The SEC also obtained a temporary restraining orderagainst Telegram and TON under “certain emergency relief,” and permanent injunctions, disgorgement with prejudgment interest, and civil penalties. The court hearing has been set in New York on Oct. 24.

Telegram claims that it has tried to communicate with the regulators for the past 18 months and that it is "surprised and disappointed that the SEC chose to file the lawsuit."

Nathaniel Popper, a New York Times tech reporter, tweeted mentioning the high-profile investors who took part in Telegram’s $1.7 billion ICO, “The SEC’s move to shut down Telegram’s crypto project raises questions about the big venture capital firms that gave it $1.7 billion and convinced themselves that it would pass regulatory muster. That includes Benchmark, Sequoia, and Lightspeed.”

The token sale, raising $1.7 billion from investor funds, was deemed “unregistered” with the SEC. On Oct. 11, a press release by the SEC stated that an emergency action and restraining order against Telegram and TON had been filed in a complaint with the federal district court in Manhattan, New York.

The complaint further alleges that since the SEC considers tokens to be securities and the Securities Act of 1933 requires all securities to be registered with the SEC. Telegram and TON failed to register their sale of GRM tokens, and the SEC considers the sale to be “unlawful.” The complaint reads, “Telegram committed to delivering Grams to the Initial Purchasers in conjunction with the launch of the TON Blockchain by no later than October 31, 2019, and it plans to sell millions of additional Grams at the same time.”

Steven Peikin, the co-director of the SEC’s Division of Enforcement added, “Telegram seeks to obtain the benefits of a public offering without complying with the long-established disclosure responsibilities designed to protect the investing public. We have repeatedly stated that issuers cannot avoid the federal securities laws just by labeling their product a cryptocurrency or a digital token.” The SEC stated that once the GRM tokens are released, investors and Telegram “will be able to sell billions of Grams into US markets.”

Stephanie Avakian, the co-director of the SEC’s Division of Enforcement, stated, “Our emergency action today is intended to prevent Telegram from flooding the US markets with digital tokens that we allege were unlawfully sold.”

Telegram’s filing for an exemption from registering with the SEC

Telegram submitted a “Form D” filing, used by a company that aims to sell a security without registering with the SEC in February 2018. The exemption 506(c) used by Telegram allows the security to be qualified for the exemption if it is exclusively sold to accredited investors.

Telegram’s GRM tokens were initially to be sold only to accredited investors; however, token holders would be able to resell tokens, hence the violation of Rule 506(c) exemption by the SEC. The SEC stated, “Once Telegram delivers the Grams to the Initial Purchasers, they will be able to resell billions of Grams on the open market to the investing public. Telegram and/or its affiliates will facilitate these sales on digital-asset trading platforms. Once these resales occur, Telegram will have completed its unregistered offering with billions of Grams trading on multiple platforms to a dispersed group of investors.”

The SEC believes that this “preliminary injunction” filed is the only way to prevent tokens from reaching unaccredited investors, rather than the exemption to be violated after the token sale, where the securities would be impossible to retrieve. The SEC explains, “Once Grams reach the public markets, it will be virtually impossible to unwind the Offering, given that many purchasers’ identities will be shrouded in secrecy.... Accordingly, a temporary restraining order and preliminary injunction are necessary to prevent the imminent delivery of Grams to the Initial Purchasers (who are likely to promptly resell millions of them into the public markets).”

Andrew Rossow, an internet attorney, and cybersecurity law professor claimed that by halting the TON sale, the SEC is creating a precedent on token offerings exemptions from securities regulations. He added, “the SEC isn’t playing around. It’s time these companies recognize this. It’s been very upfront and clear for several years now that most tokens offered by these companies qualify as securities and must comply with federal regulations.”

Rossow added that the SEC’s current enforcement action against Telegram is the highest-level action taken to date and could potentially jeopardize the company’s ability to continue its sale of tokens in other jurisdictions.