Christine Lagarde, the president of the European Central Bank (ECB), has stipulated that innovations like distributed ledger technology (DLT) and blockchain present both new opportunities and risks for the future of money. She highlighted that stablecoins could pose serious dangers, which could threaten monetary sovereignty and financial stability. 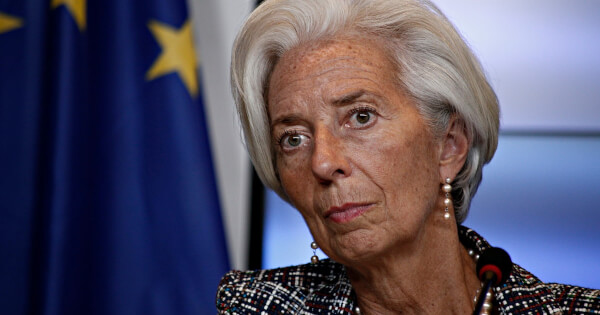 Cryptoassets are highly speculative and volatile

Lagarde threw criticism at crypto-assets for not being in a position to maintain a stable value because they are highly speculative, illiquid, and volatile. As a result, they do not adhere to the full functions of money.

The ECB president said in a statement on Nov 30, that stablecoins have the potential of driving additional innovation in payments and be integrated into trade, social media, and other platforms. Lagarde cautioned:

“If widely adopted, they could threaten financial stability and monetary sovereignty. For instance, if the issuer cannot guarantee a fixed value or if they are perceived as being incapable of absorbing losses, a run could occur.”

By using stablecoins as a store of value, Lagarde believes this could trigger a paradigm shift of bank deposits to these digital assets. This could distort the transmission of monetary policy and banks' operations.

The rollout of a Digital Euro

Lagarde also delved into the issue of the digital euro, viewing it as a game-changer in the modern era. She noted:

“A digital euro would complement cash and ensure that consumers continue to have unrestricted access to central bank money in a form that meets their evolving digital payment needs.”

The ECB president acknowledged that the issuance of a digital euro could be pivotal in ensuring the continued access to monetary sovereignty and central bank money.

Her praises for the digital euro comes at a time when the German Finance Minister, Olaf Scholz, recently called for speedy interventions in the rollout of this digital currency because it can be an ideal instrument to fill the void triggered by a high demand for digital money from businesses and consumers in Europe.