Stablecoin and Its Potential Business Uses 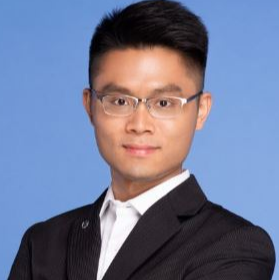 Blockchain innovation has significantly changed the way we thought in the traditional financial sector. All of those concepts and business models, such as decentralization, cryptographic tokens, and digital ledger, also brought us more imaginations toward the future forms of money. Although we are still facing the disorder from the 2017–2018 ICO chaos and increasingly strict regulatory frameworks, the overall trend of crystallization should be irreversible. The development of financial digitalization and proper use of technologies can empower our economy, even provide a great opportunity to overcome those development challenges. The concerns, therefore, can be argued that how we can bring awareness and build trust to consumers, and how to monitor and eliminate those crypto risks for the financial institutes and regulators?

The stablecoin may be a possible solution in a world that fiat is in flux while the innovation has the possibility to transform the landscape of financing and banking. By definition, stablecoin is a cryptocurrency — an internet-based medium of exchange, backed by valuable assets in the real economy. If you take US dollars between 1945–1970 as an example, each USD should be equivalent to 1/35 of an ounce of gold (however President Nixon tore apart the Bretton Woods Agreement in 1971 but that’s another story). In the crypto world, stablecoin services in a very similar function, it can be traded as the medium in any transaction because the stablecoin itself pegs its market value to some external reference, for example, USD, other fiat currencies, or commodities such as gold. Indeed, the most common style of stablecoin is backed by fiat currency at the 1:1 ratio, like USDT and Tether — both are backed by USD. Ideally, the stablecoin requires sufficient reserve assets to keep the volatility-free valuation of that “coin”, then it can be used in daily exchange — from trading other cryptocurrencies in exchanges to buying food in a physical shop.

Another interesting private project is QDAO — a fully decentralized stablecoin backed by crypto assets, which brings the discussion to the next level. While other stablecoins pledge to assets such as US dollar or gold, QDAO chooses to accept Bitcoin (or potentially other crypto assets) as the fundamental collateral (it needs to deposit or lock up certain amount of his crypto asset) and the user can decide if he wants to create any fiat-based stablecoin for further use. For example, the term “USDQ” represents a fully USD-backed token while another term “JPYQ” means the token is supported by Japanese Yen or “CNYQ” with Chinese Yen as the target. Of course, according to the basic rule, the reserve assets should always exceed the value in circulation, PLATINUM ENGINEERING (the team initiated this idea) has designed algorithms, deposit & settlement mechanisms and smart contract-driven ecosystem for supporting such stablecoin creations. The way that stablecoin is still pegged to the fiat at a 1:1 ratio but take BTC as the underlying collateral has become more popular and flexible for business cases in recent years. Actually, many decentralized finance (DeFi) projects (including QDAO) already applied this “over-collateralization” principle to develop their lending models. It’s believed that the proper stablecoin mechanism should not only defense against malicious actions/speculations, but also it should provide price stability and security for the transaction, payment, and further utilities in the financial market.

Besides those brilliant private sectors, government and public sectors also start paying more attention to a crypto solution, especially the stablecoin (due to conservative governments may not be in favor of anything “unstable”), and how to optimize our banking and even the monetary policy. The synthetic central bank digital currency (CBDC) has been introduced by the World Bank Group since the beginning of 2019. The framework aims at offering a possible path that trustable private sectors could work with the central bank and inject digital money into the market, or we can even call it the fin-tech public-private partnership for the future economy. If you are a believer in free market, the sCBDC should be an exciting approach that unlock the last economic power from sovereign government — the seigniorage (note that it assumes most of the commercial & financial activities have been privatized in the modern democratic nations, but the seigniorage is still solely and completely controlled by the central bank). Indeed, the idea of “decentralization” or “reconstruction of power” is not new, 40 years ago the Anglo-Austrian economist, Friedrich Hayek, already argued something similar in his book “The Denationalization of Money”. But of course, at that moment, the word “digital” was not yet brought to public attention.

Blockchain technology, cryptocurrency, and stablecoin should be regarded as the disruption for the financial landscape, and the monetary value can be electronically stored and pegged to a safe and liquid asset also sheds light on new payment and the accessibility to financial services. We have more than 2.5 billion individuals and 200 million SMEs lacking access to basic credit and financial support (World Bank, 2014), thus it’s persuasive that digital finance, or in more specific mean — the stablecoin, should be able to create more opportunities to not only advanced markets but for people in developing regions. The government and central bank might move slowly in this unfamiliar territory, however, the private sector can actively act as the infrastructure builder and service provider.

As Mr. Jin-Young Cai, the CEO of International Finance Corporation (IFC), pointed out in the CGAP event speech that “the benefits of digital finance extends well beyond conventional financial services; it can also be a powerful tool and an engine for job creation in developing countries”, it’s foreseeable that the role of stablecoin, digital money, and DeFi solution will become more important, especially for SME businesses and eventually be adopted by the general public. The following regulatory complexities and impacts on other fields shall be the nest essential topics to everyone.