South Korea’s parliament has put forward a bill that could see crypto profits taxed by up to 20%. 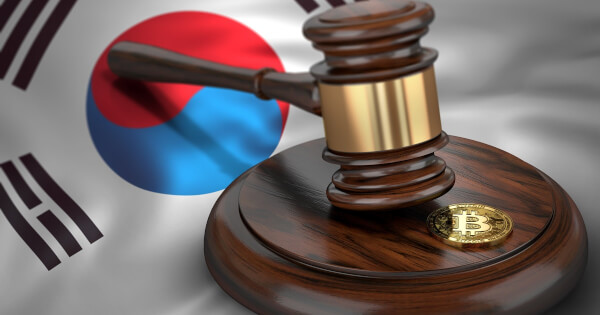 In South Korea’s parliament, a private members’ bill has been put forward that aims to impose a capital gains tax that could be as high as 20%. The tax bill will also apply to any income made in ICOs and crypto mining operations.

The crypto taxation bill has fostered a growing discussion on the true value and the nature of cryptocurrency within South Korea. While historically, South Korea is one of the most active trading markets for cryptocurrencies, authorities have been hesitant to regulate the digital assets, due to their belief that crypto regulation could further legitimize the sector.

Further to the crypto taxation bill, an influential representative of South Korea’s Democratic Party, Yang Kyung Sook proposed an amendment to reclassify digital assets and cryptocurrency as ‘commodities’ instead of ‘currency’. Yang asserted that classifying crypto as goods rather than currency is due to the nature of investor behavior, which he believes qualifies digital assets for a capital gains tax.

According to the data submitted by the Financial Services Commission, an average of 1.33 trillion won or US $1.10 billion made up the average daily cryptocurrency trade. Additionally, an average of 7.609 billion won (US $6.33 million) was traded in just the first five months of 2020.

The cryptocurrency market is actively trading. If you tax this, you are expected to get a lot of tax revenue. The United States and Japan are taxing cryptocurrencies.

The South Korean government is set to announce the final details of taxing income generated from cryptocurrency transactions after years of discussion about the virtual asset that yet remains in a grey area.

The South Korean central bank has announced its intention to follow the global trend in the development of a central bank digital currency in April 2020. The bank launched the process by setting up a six-man panel including professors of commercial laws and lawyers focused on Fintech. The committee which also has a staff from the Bank of Korea’s legal policy office will review all potential regulatory issues that might impede the novel project.

The committee began work on the CBDC development in early June with a timeline spanning till the end of May 2021. The committee’s work will constitute part of the 22-month project timeline set to launch the CBDC.