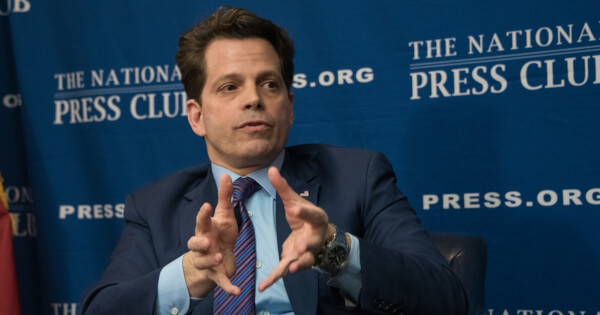 According to Scaramucci, nearly half of SkyBridge Capital's $3.5 billion in assets under management is currently invested in cryptocurrencies such as Bitcoin, the Algorand protocol, and Ethereum or related projects.

SkyBridge predicts that cryptocurrencies can help companies triple their assets to $10 billion, with digital assets accounting for the vast majority.

Anthony Scaramucci said in an interview that:

“We feel so strongly about this opportunity that we’ve adapted and repositioned the firm to eventually be a leading cryptocurrency asset manager and adviser.”

The hedge fund, founded by former White House Communications Direction Scaramucci, has a Bitcoin Fund, which demands a buy-in of at least $50,000. The Bitcoin Fund grew rapidly to a size of $370 million within weeks of its launch in December 2020.

The SkyBridge executives claimed that holding Bitcoin is far less risky nowadays than it was a few years ago when regulations and infrastructure were still underdeveloped.