The Russian Government has put strict limits on anonymous deposits made to online wallets. While it is not a complete ban, the initiative by lawmakers is promoted as a step to deter illegal activity such as money laundering and illicit drug transactions and could affect up to 10 million users. 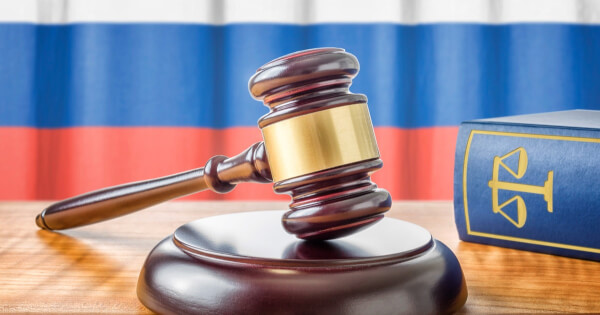 The Russian Federation is imposing a limited ban on anonymous deposits to online wallets, not limited to the cryptocurrency industry. The move is a purported effort by Russia to curb illegal transactions pertaining to terror financing, drug trafficking, and money laundering.

Who will be affected?

According to Russian lawmakers, topping up anonymous wallets and some transport cards will now only be possible from a bank account, and not in cash.

Through services such as Kiwi, PayPal, Webmoney and Yandex, Moscow Region Strelka card online wallets are leveraged in Russia by around 10 million users who top up their accounts anonymously in cash.

The amendments that have come into force will not affect users of crypto-exchanges, said Dmitry Kirillov, Senior Lawyer of tax practice Bryan Cave Leighton Paisner (Russia) LLP, a teacher at Moscow Digital School.

The new Russian law deals with electronic money operators. By obligating top-ups to online wallets through the Bank of Russia — activities are better regulated by legislation.

Currently, International digital asset trading platforms are outside of such regulation and are not subject to new restrictions. But this may affect those who buy cryptocurrency, for example, through exchanges using ATMs.

Kirillov said, “The channels for crediting funds to accounts in such systems remain traditional, including cash deposits through ATMs or terminals of electronic payment systems. Russian banks and payment system operators will be obliged to comply with the new requirements and stop crediting cash from anonymous users through such channels."

Russian economist, Antonina Levashenko also agreed that the new legislation will have little effect on the blockchain space.

Levashenko explained that the restrictions on depositing cash on anonymous e-wallets are related to strengthening standards in the field of combating money laundering — particularly due to the FATF reporting that Russia was vulnerable in the use of electronic money due to the risks of anonymity.

Levashenko said, “Will it affect cryptocurrencies? Currently, these changes have been implemented only in relation to electronic money in accordance with the amendments to the law on the national payment system.” She added, But in the near future, undoubtedly, yes. FATF standards are always applied to new technologies by analogy: if at first the standards were prescribed for classic bank accounts, then they were first extended to electronic wallets and prepaid cards, and then to virtual wallets for cryptocurrencies.”

As reported by Blockchain.News, the Paxful peer-to-peer Bitcoin marketplace has recently released some important data regarding the use of its p2p trading platform in Russia. The study indicates a rising interest in the use of cryptocurrencies in the country. The research comes at an important time when the Russian government has been trying to make it even more difficult for citizens to use crypto assets.

Anton Kozlov, Paxful’s manager from the Russian market, said, “Crisis aside, Russia has always had a monolithic banking system that is dominated by a few players and the sentiment we get is that Russians are increasingly looking to find alternative ways to grow their earnings and participate in the financial markets. Bitcoin within the P2P context allows them much more freedom to do so—and out data is proving it.”

For several years, Russian lawmakers have been contemplating whether to legalize or ban cryptocurrencies. As a result, they created an atmosphere that has left the entire crypto industry in the nation in an uncertain state. Despite these hindrances, Russian users joining Paxful cryptocurrency exchange have risen by 350% over the last 12 months.