In an interview with Bloomberg on October 21, Brad Garlinghouse, the CEO of financial technology company Ripple Labs, disclosed that the firm has identified Singapore and Japan as the most crypto-friendly countries, followed by Switzerland, the United Kingdom, and the United Arab Emirates. 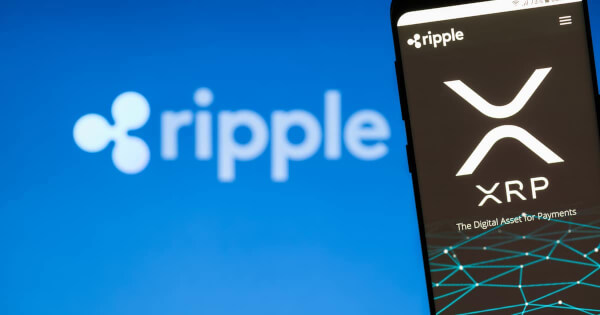 The Ripple CEO said that while the blockchain firm would like to operate its business in the US, Garlinghouse cited the regulatory hostility towards cryptocurrencies as a key challenge that compels the firm to leave the United States.

“Regulation shouldn’t be a guessing game. Ripple is definitely a proud US. company and we’d like to stay in the US if that was possible, but we also need regulatory clarity in order for us to invest and grow the business.”

One of the greatest hurdles facing cryptocurrency businesses operating in the United States is the lack of clear regulations as multiple regulatory agencies are actively cracking down on cryptocurrencies.  Such a situation compels Ripple Labs to consider departing from the US and relocate its business to more crypto-friendly jurisdictions.

Though Garlinghouse has earmarked potential destinations where his company could settle its business, he has singled out Japan as the ideal location.

The CEO said that Japan is the largest market for Ripple in Asia and also is the home territory of SBI Holdings, Japanese financial services giant, the longtime partner that invested in Ripple San Francisco-based startup since 2016.

Garlinghouse shared the following sentiments with regards to Japan:

“Japan has been one of our strongest markets. We have a very successful partnership there with a group called SBI. They are actually our largest outside investor, and the CEO there, Kitao-san, has been an innovator and pioneer in a lot things around finance and technology (of fintech)”

Garlinghouse revealed that Ripple has been having conversations with SBI Holdings concerning shifting to Japan. He said:

“I have spoken to the SBI team about the fact we are looking at the country as a potential destination.”

Last year, Yoshitaka Kitao, the representative director and CEO of SBI Holdings was appointed as an executive board of director of Ripple Labs Inc.

The Ambiguity of The Law Hurts US Business

Garlinghouse is concerned with the future of the firm as he feels the pinch because of unfavorable U.S regulations. Earlier this month, he said that the ambiguous regulatory framework of the United States is putting U.S firms and U.S innovation at a significant disadvantage. For example, Ripple Labs is currently facing a legal battle with the U.S Securities and Exchange Commission (SEC) concerning the sale of its native token XRP that the agency said that was an unregistered security offering. The lawsuit is still ongoing.

Furthermore, Chris Giancarlo, former CFTC (Commodity Futures Trading Commission) chairman, described XRP token as not a security. However, the SEC’s position is not clear regarding the matter.