The Reserve Bank of India (RBI) has recently confirmed that there is no banking ban on the cryptocurrency industry. The banking regulator was responding to a Right to Information (RTI) query.

The co-founder of Unocoin cryptocurrency exchange, B.V. Harish filed the RTI query on April 25. He asked whether the Central Bank has prohibited local banks from providing the bank accounts for crypto traders, crypto exchanges, or cryptocurrency companies. On May 22, the banking regulator replied: “As on date, no such prohibition exists.” 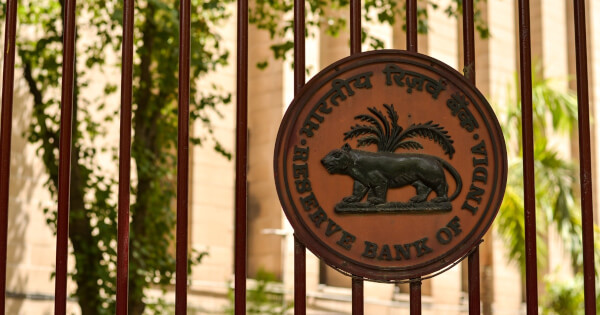 In March, the Supreme Court of India overturned the Central Bank’s circular that banned banks from providing services to any business or anyone dealing with cryptocurrencies. In April 2018, India’s Central Bank directed all entities regulated under it not to deal with digital currencies or provide services to facilitate any entity or person from settling or dealing with the same. The Supreme Court termed such directive as illegal. After the Supreme Court ruling, crypto exchanges started bringing bank support after about two years without it.

BV Harish filed an RTI query because of concerns faced by traders who claimed that banks continued imposing restrictions on cryptocurrency trade despite recent ruling made by the Supreme Court.

Harish said: “Bankers have been saying that they need new RBI circulars mentioning that there are no more restrictions for them to provide bank accounts for crypto businesses. Now, we have received a positive response from the RBI.”

After the Supreme Court lifted the bank restriction, many crypto exchanges started seeing 10x trading volumes and a significant rise in new users. Despite the extended countrywide lockdown, the crypto industry is booming. P2P (peer-to-peer) marketplaces for Bitcoin are growing in the country, new investments are flowing in, and new cryptocurrency exchanges are launching.

Earlier this month, cryptocurrency exchanges in India were seeking tax status and regulatory clarity from the Central Bank following the Supreme Court ruling that favored the crypto industry earlier this year. Crypto firms and exchanges were seeking clarification concerning the nature of their operations. Several cryptocurrency exchanges wrote to the Central Bank to need clarification concerning their status as banks continue to deny banking services to them due to a lack of clarity from the Central Bank. They claimed that the lack of clarity on taxation has allowed banks to continue delaying services to crypto exchanges.

Moreover, the cryptocurrency exchanges demanded clarification regarding whether they are being classified as goods, commodities, currency, or services as would impact the manner in which they get taxed under the Goods and Services Tax (GST) framework. Praveenkumar Vijayakumar, the chairman and CEO of cryptocurrency exchange Belfrics Global said that if India’s crypto exchanges would pay GST on the whole transaction, then most of these platforms would not be able to survive. However, it remains to see how things would unfold in the crypto industry.