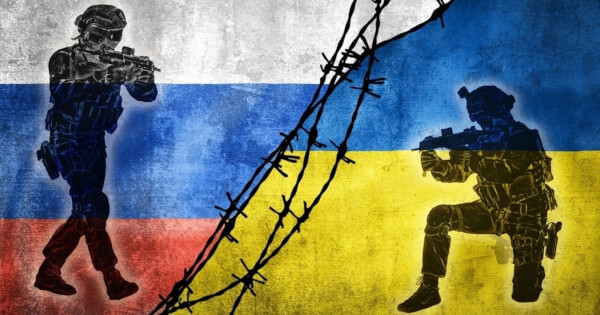 Since the war started on Feb. 24, the groups have raised $400,000 in cryptocurrency as of Sept. 22, according to a research report published Monday by digital asset compliance and risk management firm TRM Labs.

Ari Redbord, head of legal and government affairs at TRM Labs, said the exchange the group uses could be one that doesn't comply with anti-money laundering and other regulations.

One group TRM Labs identified as raising funds is the Russian Task Force, raising money on Telegram channels for projects such as thermal imaging equipment and radios.

The U.S. Treasury described the Russian task force as a "neo-Nazi paramilitary group that has participated in combat alongside Russia's military in Ukraine."

The cryptocurrency market was full of bearish sentiment right after Russia launched the latest military operations against Ukraine earlier this year.

U.S. President Joe Biden has announced new sanctions on the crypto assets of sanctioned Russians as additional punishment for Russia's invasion of Ukraine.

There are concerns that Russia could use cryptocurrencies to evade those penalties. But experts say there is insufficient liquidity in cryptosystems to move money on the scale Russia needs.

TRM Labs identifies Russia-linked groups by publicly available wallet addresses and cross-checking other websites and online activity. However, there is no way to know whether these groups work with the Russian government or receive support from government agencies.

Russia Plans to Use Digital Rouble In Settlements with China, Says Lawmaker