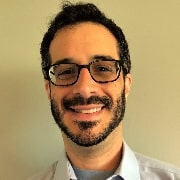 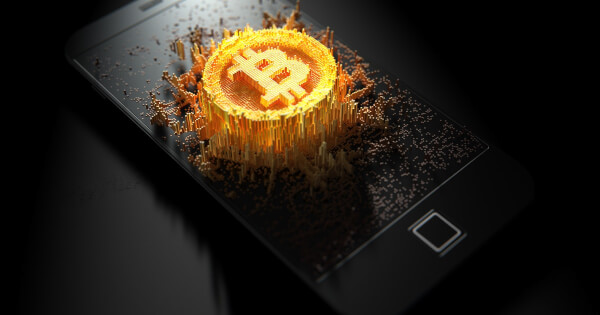 In the classic “diffusion of innovations” theory, new technology has to progress from innovators to early adopters before it can go mainstream.

Innovators are the 5% of people who adopt technology while it’s still experimental. They prove the concept.

Generally, these people have connections with innovators, a high degree of thought leadership, or some social status or financial liquidity that lowers the risks of adopting bad technology. They’re your first users, the people who make everybody else think the technology is safe and useful.

Cryptocurrency has struggled to get these people en masse. You and I remain a very small class of users, and while our ranks continue to grow, it will take something special to get enough of us to push cryptocurrency into the mainstream.

A new awareness among an old group

As the world struggles with the pandemic disease, financial crisis, and global economic turmoil, I noticed a new awareness among old people and business leaders.

That the internet is a good thing.

For the first time, these people had to use it—not just for sending emails and Powerpoint decks, but also for teleconferences, online training, screen sharing, Slack, Zoom, cloud storage . . . you name it.

They realized with a little training and some new habits, they can save a lot of time and money without losing too much productivity. Some even gained productivity.

Now, banking from home is a life-saving convenience. Video chats are cost-effective ways to connect with friends, family, and colleagues. Virtual paperwork really is easier than ink pad signature stamps. Downtown offices really are too expensive. My millennial subordinates really can be productive without coming into the office.

You might not think these people matter for cryptocurrency because they embody the legacy system. They don’t care about cryptographically-secure, time-stamped, distributed digital ledgers, nor do they think about the flaws of fiat money and inflationary central bank policies. Yet, these people have money and power. They run our businesses and governments. Depending on what survey you believe, they hold as much as $70 trillion worth of financial assets.

Inevitability is a selling point

This year, they have driven a surge in demand for virtual services.

While some of this demand will subside as life goes back to normal, some will stick.

A lot of routine doctor visits and most consultations will move to telemedicine. Many meetings and almost every clerical or paperwork process will migrate to a digital platform.

Even governments will change the way they deliver services and manage their money systems. China is testing its digital yuan. The U.S. Federal Reserve accelerated progress on its digital dollar. European Union is tinkering with blockchain.

Everybody wants to get rid of patchwork legacy systems, paper checks, physical banknotes, and layers of databases.

None of these shifts need to include blockchain technology. Most won’t. That’s not the point.

The point is more and more people recognize the flaws in our commercial and financial systems.

While blockchain technology still has its limitations, it offers an alternative to the complexity and security challenges of digital platforms. For example, bottlenecks and security issues or the costs and drawbacks of authenticating legal documents, verifying identity, and protecting privacy and confidentiality.

As the key innovation that gives value to blockchain technology, cryptocurrency will get a lot of attention. Curiosity, perhaps, at first—but that’s where it starts.

As a person in finance told me, lots of his clients have a sense that crypto “is the way everything’s going.” Inevitability is a very compelling concept.

An alternative, not “the” solution

That’s exactly the type of behavior that will lead them to try out a beta project or tinker with some features, such as sending a private transaction on Ethereum, staking some crypto, or using XRP to settle money transfers.

If this seems premature, consider how far cryptocurrency has come since the 2017 boom. Many projects now have mainnets, dApps, and real usage beyond trading. Wall Street veterans now run crypto funds and crypto-related businesses. Universities teach blockchain. Some governments have crafted legal frameworks to protect and promote cryptocurrency.

DeFi has shown that you can manage financial systems without governments. Bitcoin has shown you can send money to people without banks. Altcoins have shown you can use money systems to solve social, political, and business problems.

True, on a small scale. This is still a young, developing technology. But it doesn’t have to be great yet. It just needs to work.

More people understand that crypto is not about creating a new Venmo, but rather, building global, permissionless networks that all people and businesses can use.

Does that mean bitcoin will get a massive rush of money and innovation tomorrow?

No. It takes time for people to wrap their heads around what’s going on. Awareness does not mean action.

Wall Street has only just started to corner the market for their clients. The lightning network hasn’t caught on the way everybody expected and DeFi platforms still have operational, security, and regulatory issues to fix before they can go mainstream.

Also, your average person is worried about their job, their business, their family, and so many other problems. Even if they had money to spare, they probably aren’t going to put it into bitcoin.

If you want that big, massive, life-changing bull market that sends prices into the stratosphere, this is a good thing.

You need people to commit to this market. They need to care so much that they’re willing to suffer through 30-40% crashes, threats of government bans, failures with DeFi protocols, faulty oracles, high transaction fees, and all the growing pains cryptocurrency has suffered over the years.

In other words, you need to wait for the early adopters to make everything seem safe for the mainstream. Then, the floodgates will open.

Those early adopters need to want this technology to succeed. Otherwise, they will not spread awareness or advocate for its use.

Jumping the FOMO bandwagon won’t get us there. Once the wheels fall off, everybody will disappear.

The good news is, conviction has entered the markets.

As I’ve shown to readers of Crypto is Easy, we have a lot of evidence that bitcoins have flowed into the hands of long-term HODLers and institutional investors—people who are willing to ride the market up and down.

Meanwhile, altcoins have seen a steady rise in users, apps, and transaction volume. While that could change any moment, it suggests interest is spreading beyond traders and speculators. It’s not “buy low, sell high” but actual usage and commitment to projects.

In other posts, I’ve talked about the opt-out movement, that mass of angry people looking for a way out, latching on to cryptocurrency as a peaceful, passive way to escape their political and economic systems. Something along the lines of Lucas Cacioli’s recent post, “Bitcoin Adoption is the Ultimate Protest Against Government and State Abuse of Freedoms.”

Now, I also see the potential for professionals and old people to join them—not as a political statement but because “that’s the way everything’s going.”

Can you imagine how the perception of cryptocurrency will change when professionals use it to boost their businesses or fix problems with the traditional financial system? When old people buy a little bitcoin as part of their estate or retirement portfolio?

Combined with this larger social awareness of the need to move into the digital world, and a reaction to the problems authenticating, verifying, and exchanging “things” in a virtual world, we may finally have all the momentum needed to move into the next phase of adoption.