Ross Stevens, the founder and CEO of New York Digital Investment Group (NYDIG) has predicted that the firm could significantly increase the amount of Bitcoin it holds under management by the end of this year to $25 Billion in BTC. 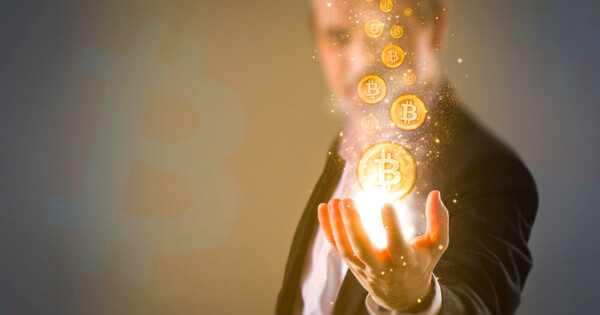 Stevens said that at the MicroStrategy’s World 2021 Conference event where he revealed that while currently the NYDIG has $6 billion in Bitcoin assets under management, the amount could reach $25 billion by the end of 2021 because the company already has adequate institutional buy orders lined up to push its holdings to such levels.

Stevens had a conversation with MicroStrategy CEO, Michael Saylor, during the conference where he said:

"I believe that the most important decision that CEOs will make in the next ten years will be deciding to allocate to Bitcoin."

Stevens disclosed that NYDIG has seen all customers continuing to build up their initial investments to date. He said:

"My partners bought more Bitcoin in 2020 than in 2013-2019 combined. As our fiat businesses continue to inflate and accelerate, I expect we will buy more bitcoin in the next two years.[...]We are capital allocators. If we didn't believe we would make money off this, we wouldn't invest a penny."

Currently, NYDIG manages $6 billion in Bitcoin for its 280 institutional customers, with more than 96 more on the waiting list. Steven said that the company can onboard at least 75 clients a month.

Bitcoin the Next Big Treasure

In the past, Bitcoin’s immature financial ecosystem, legal ambiguities, and extreme volatility made it inappropriate for anyone but speculators. However, since falling from its initial peak seen in December 2017, the cryptocurrency’s financial infrastructure has significantly matured. A recent price spike witnessed in 2020 has seen a return of the volatility that has attracted a rising number of investors.

The COVID-19 pandemic has made an enormous impact. The response by central banks and sovereign treasuries has been worrisome to investors. As more dollars are printed by the Federal Reserve, talks of additional stimulus being injected into the US economy is on the rise and the threat of inflation looms. This explains the reasons why major companies with cash reserves are doubtful about the long-term stability of the US dollar and looking to a hedge to build their wealth and protect their assets. This apparently explains the increasing trend of public companies adding Bitcoin to their balance sheet. MicroStrategy started the trend and followed by Square Inc.

Can the Bitcoin Price Retake $40,000 after BTC Breaks Key Resistance?