The world’s wealthiest individuals are also jumping on the crypto bandwagon because approximately 30% of the top 65 globe’s rich people have directly or indirectly invested in cryptocurrencies, according to a Forbes survey. 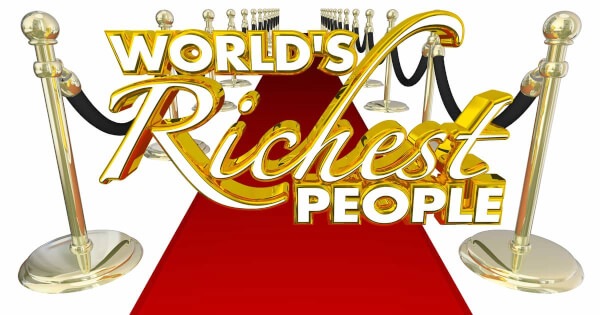 “Nearly 30% are either directly or indirectly invested in cryptocurrencies, a rate that is higher than among non-billionaire investors.”

Therefore, this represents a change of tune among the world’s wealthiest people because some have been heavy crypto critics. The survey noted:

“Of the billionaires surveyed, about 18% reported having at least 1% of their fortune in cryptocurrencies. Of that group, most are investing as a small side experiment.”

“3.2% of the billionaire respondents said they have more than half of their fortunes poured into crypto. The study added that another 10% said they hadn’t directly invested in cryptocurrencies but had backed crypto-focused companies,” the study added.

Despite some of the world’s leading billionaires having openly opposed crypto, many of them have cast their nets wider by looking at alternative currencies. Some of them have also made a paradigm shift from their previous tough stance about cryptocurrencies.

For instance, billionaire investor and Dallas Mavericks owner Mark Cuban has emerged as one of the famous converts because he was a previous critic. He once said that he would rather have bananas than Bitcoin.

Cuban has enhanced his portfolio to include Bitcoin (BTC), non-fungible tokens (NFTs), and Ethereum (ETH), among others. He pointed out:

“It’s no different than investing in stocks, bonds, and other assets. Interest rates go up, and risk assets go down. My tech stocks have performed worse than my crypto has.”

Sam Bankman-Fried, the CEO and co-founder of crypto exchange FTX, was also one of the billionaire respondents, and he acknowledged that 76% to 100% of his $20.6 billion net worth was wrapped in crypto.

The other individual among the world’s super-rich who has dipped his toes in crypto includes John Sobrato, a real estate billionaire who took part in a crypto fund undertaken by Andreessen Horowitz (a16z), a Silicon Valley venture capital firm.

Omid Malekan, an associate professor at the Columbia University Business School, pointed out that the general surge in crypto acceptance and availability was causing a shift among the world’s richest.

“Now you’re increasingly seeing traditional financial players, fintechs [get involved] … which makes it easier for people on the fence to invest.”

In April, Forbes released the annual world’s billionaires list, and the number of crypto billionaires had increased by 58%, from twelve in 2020 to nineteen in 2021.