The NAC Foundation and its founder and CEO, Rowland Marcus Andrade, accused the US Securities and Exchange Commission (SEC) of prosecutorial misconduct in the SEC's ongoing legal case against an alleged 'AML BitCoin' securities offering. 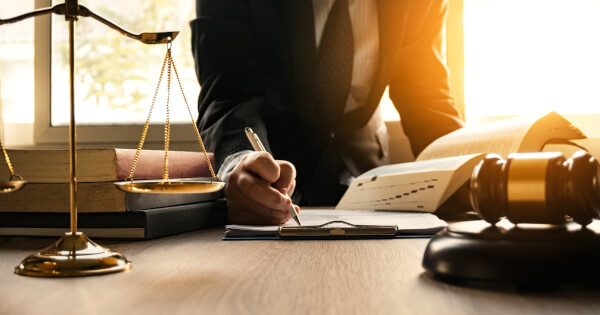 On October 20, Rowland Marcus Andrade and his company, the NAC Foundation, filed a notice of claim in which they requested a federal judge working at the San Francisco Superior court in California to throw out the SEC lawsuit filed in June this year.

Fraud Case Against the NAC Foundation

In a separate complaint filed in U.S District Court in San Francisco, the SEC charged the Nevada-based NAC Foundation, its CEO Andrade, and co-founder Jack Abramoff (the political lobbyist) with defrauding investors by carrying out a fraudulent unregistered security digital asset "AML BitCoin" which they claimed was an improved and new version of the original Bitcoin due to its security features.

The SEC reported that NAC Foundation managed to raise more than $5.6 million from over 2,400 retail investors by selling digital tokens, which could later be converted to AML BitCoin.  The SEC’s complaints alleged that NAC Foundation, its CEO Andrade, and co-founder Jack Abramoff described "AML BitCoin" as better than the original Bitcoin because it allegedly had theft-resistant, anti-terrorism, and anti-money laundering technology built into the coin. As per the SEC’s lawsuit, such security capabilities mentioned never existed, and the development of the token and its blockchain was in very early stages.

However, Andrade has accused the SEC of intentionally attempting to mislead the court by alleging that his company offered technology that never worked. He argued that the commission has anti-money laundering patents associated with the NAC Foundation cryptocurrency “AML BitCoin.”

Moreover, Andrade claimed that all customers understand that the digital asset acts as a medium of exchange and could not be used as a right claiming for ownership in a joint venture, firm, or business.

The defendants also argued that the written conditions of sale clarified that their clients should not have an expectation of a return on investment and further stated that the digital assets were not a financial instrument sold or offered as equity or debt.

Lastly, the defendants claimed that the SEC’s alleged inability to point out important components of Howie’s test with regards to the cryptocurrency indicates that the token is not a security. Therefore, Andrade argued that the situation implied that the commission “has no cases.”

The Scale of Punishment

The U.S Attorney’s Office for The Northern District of California announced separate legal charges against Abramoff and Andrade, charging Abramoff with lobbying disclosure violations and conspiracy to commit wire fraud and Andrade with wire fraud.