MintDice—Rolling the Dice on Trust 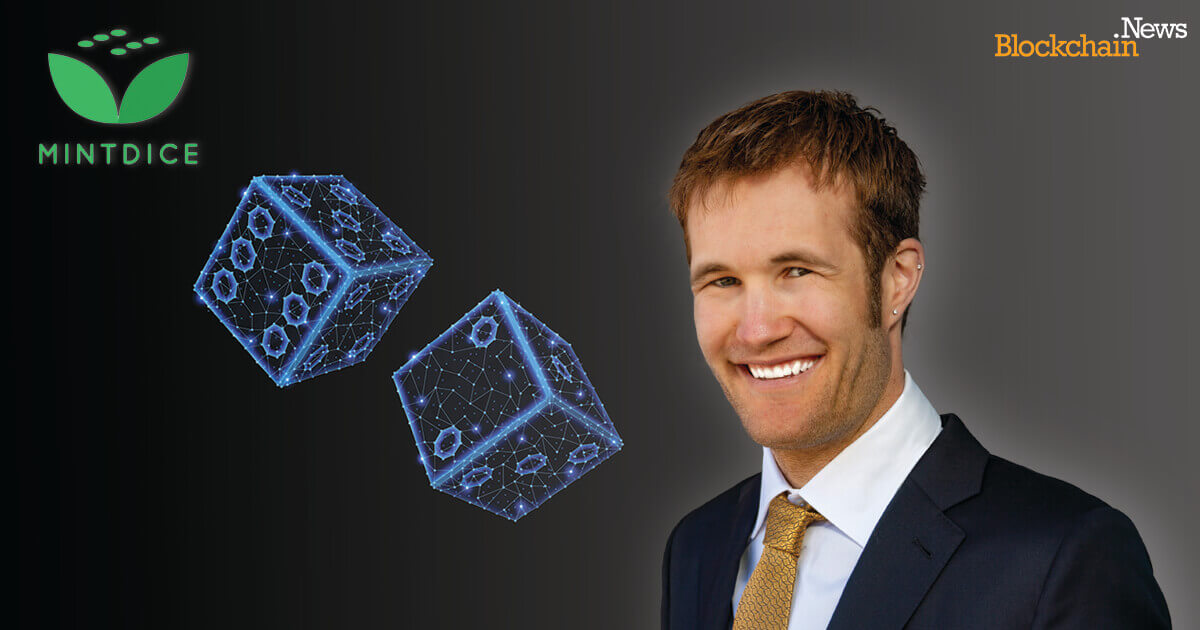 Many perceive online casinos and gambling as inherently unfair and many studies and surveys have shown that players believe the betting sites to be completely rigged. The motto ‘the house always wins’ is commonly seen written on gambling site threads and to some extent it’s true—casinos make their money because users lose more than they win. Add high fees, commissions charged by payment systems and house-cuts of prize pools and the player advantage slips even further. If you do happen to win—good luck seeing that money any time soon with average online casino wait times spanning several days to several weeks and even months; and of course everyone has heard stories of players never receiving payment at all. Within the world of online gambling, it’s clear that one thing needs to be established above all others—trust.

MintDice is an online cryptocurrency casino that leverages the immutable trust-machine—Blockchain. No, blockchain does not magically turn losers into winners or improve their odds, but players on the site will be able to know for certain that the odds didn’t change mid-spin, the game was played properly, and the stakes were real on both ends.

MintDice seeks to establish real and provable trust between both professional and casual gamblers and its online gambling site by delivering a casino experience with unprecedented transparency, a low house edge, low fees and even secondary options including investing in the house bankroll to earn cryptocurrency.

MintDice CEO and Founder, Bryce Daifuku explained, “Blockchain allows for dramatic overall improvements that can save users up to 80% in fees/house edge in comparison to fiat-based competitors.” He added, “The lack of payment processors, fees and fraud with Bitcoin’s low fee and irreversible nature cuts down on costs tremendously with the majority of the saving passed down directly to the consumer.”

Provably fair technology is the gold standard of the online gambling industry and is leveraged on MintDice. The fairness assessment is done by comparing two pieces of information, a server seed and a client seed. Between the server seed, the client seed and a nonce (the number of bets created with this seed pair), the site will generate a provably fair bet value for all its games. As an added bit of transparency, the seeds may be compared on a third-party site and will deliver the same fair bet value.

Another very important aspect for enhancing the MintDice ecosystem of trust is Proof-of-Solvency (PoS)—a scheme designed to let users verify the fiscal holdings of online websites which accept Bitcoin deposits in a way that doesn't compromise the privacy of users. Explained more simply, it allows users to quickly find proof that MintDice has the prize money or, in this case, Bitcoin on offer and is capable of paying out and covering bets.

MintDice is a fully-featured online cryptocurrency casino featuring games such as Bitcoin Dice, Slots, Plinko and Bit.Rocket—an innovative Bitcoin Crash game that requires both luck and a certain level of skill. 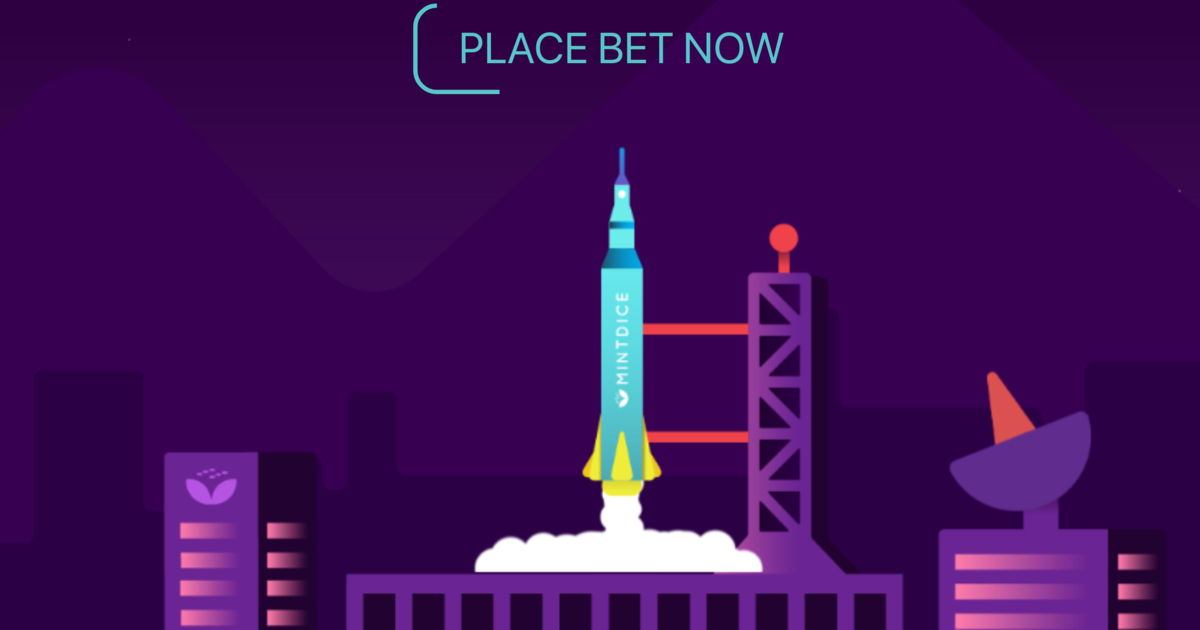 Bitcoin Dice is by far the most popular and allows users to pick their own odds—they can take a chance to double their money with 49.5% odds or increase their win odds to 90% and win smaller amounts of money or they can even go to the other extreme and take a 1% chance to 99x their money. 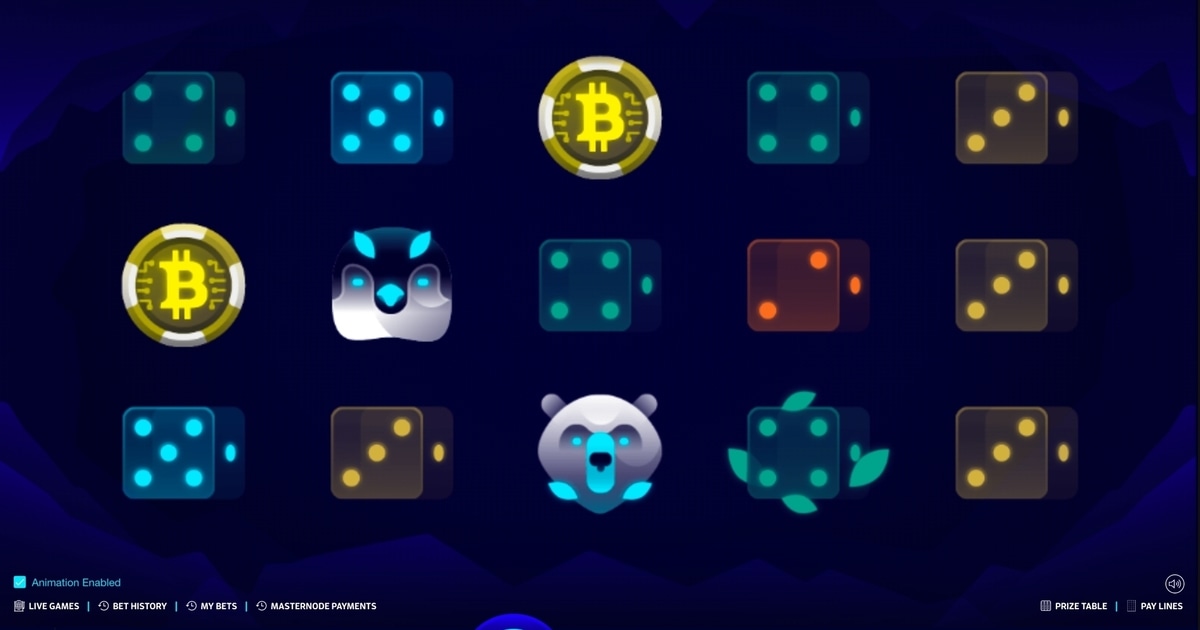 Daifuku and his team are also trying to add extra layers of security to their in-house built games to combat AI botting, he said, “Our next-generation bot-resistant skill gaming is coming soon with the development of Pyramid and Castle Royale. AI botting is one of the biggest threats to skill gaming, so we are trying to ensure an atmosphere where humans are playing against other humans.”

On top of the gaming options, MintDice also offers its users the opportunity to invest in the house. Daifuku explained, “Investing in the casino bankroll exposes players to the risk of the casino’s profits and losses. Since the house generally wins, the investor will generally win over time as well. The house takes a commission from each bet and it is exposed to no risk. Investors will absorb the risk and provide the capital and in return will share in some of the casino’s profits.”

Another unique investment opportunity is the risk-free Masternode and Staking option. Players can stake their own crypto into the casino’s shared Masternode pools and claim a share of the house profits.

As MintDice runs on a blockchain, there is always the slight possibility of a fork—which occurs when two parties on the blockchain following the same rules are not in agreement. Forks also occur when two miners/stakers take possession of a block in the chain at the exact same time. Daifuku said, “We have only been operating since the first half of the year and have not encountered this issue, but in the event of a large hard fork, both coins will be credited to the users.”

Always looking to expand and offer their client-base more options, MintDice shared that they will be partnering with a sportsbook platform to allow players to bet on sports and e-sports. Daifuku elaborated, “We will also be moving to a customized platform to fit the MintDice model and aesthetic that our users enjoy.”

They will also be launching a rewards program for their loyal user-base in the very near future but Daifuku was not willing to let the cat out the bag just yet.

MintDice is a 100% provably fair Bitcoin casino built from the ground up using as many transparency policies as possible to provide the best possible service. Offering a suite of different games including both casino games and skill gaming, those seeking a thrill of gambling are bound to find something to tickle their fancy. Alternatively, MintDice also offers an investment feature allowing users to profit share in the casino's earnings from gamblers giving multiple reasons for users to want to join MintDice today.

This is a sponsored article.

Disclosure/Disclaimer: This sponsored article should not be viewed as an endorsement by Blockchain.News. The article is for informational purposes only and does not constitute any investment advice. Readers should always perform their own research before investing in any cryptocurrencies and blockchain projects.