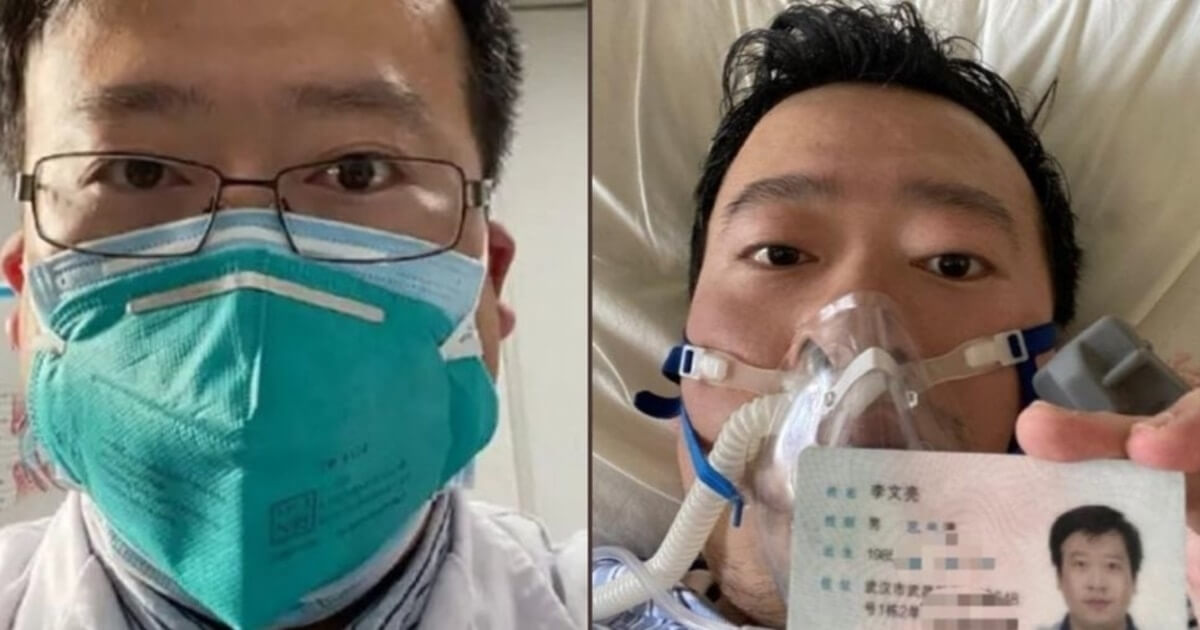 Li Wenliang was an ophthalmologist at Wuhan Central Hospital who became something of a national hero amidst the turmoil of the Coronavirus. His legend has only been further galvanized following his recent death where he succumbed to the dreaded virus.

According to the Washington Post, the Chinese doctor was silenced by police and charged with “rumor-mongering” after he tried to share news of the Coronavirus outbreak prior to Chinese health authorities coming to terms with the severity of the spread of the disease. Here is a copy of the original letter he received from the Wuhan police.

While Li’s attempts to warn his country about the deadly disease was met with anger from the Chinese Communist Party, there was an equally vicious outcry by the people who grow tired of the CCP’s censorship solutions to most of their problems.

On Jan. 31, someone honored the late Dr. Li Wenliang when they created a smart contract on the Ethereum blockchain, aligning the source codes in the shape of a monument in his memory.

The source code of the Monument describes the life of Dr.Li and honors him for his defiance of the CCP censorship to alert the public to the dangers of the virus.

The monument that now exists on the Ethereum blockchain will serve as Dr. Li’s last act of defiance, as his memory will now be preserved in blockchain immutability. The story of his courage and compassion for his people at his own risk will now live forever beyond the scope of those who would seek to censor the truth.

Blockchain for Greater Transparency in China

As previously reported by Blockchain.News, there has been concern that the millions of dollars being donated for the public, as well as the protective equipment to combat the outbreak are not being put to use where needed, and it has been reported that the equipment has been misdirected.

With the issues in the chain of donations, the public in China has been angered as their contributions have not ended up where they expected, which diverts the objective of addressing the crisis. This, in turn, also impacts the public’s willingness to donate in the future.

Syren Johnstone, the Executive Director of the Masters of Law (Compliance and Regulation) Program the University of Hong Kong has recently suggested that a private blockchain network would “enable the recording and tracking of anything that is donated, from donation dollars to N95 masks.” By holding the person or organization accountable, donations for delivery could be tracked from the donor all the way to its final-use. Blockchain would also enable transparency for the general public to understand how their donations have been used and its progress. While a private blockchain is strictly controlled, it can also allow for public transparency for donors and receivers, as well as authorities.