With the upcoming Spark token airdrop by Flare Networks, many Ripple (XRP) holders have scrambled to deposit their XRP in participating cryptocurrency exchanges. 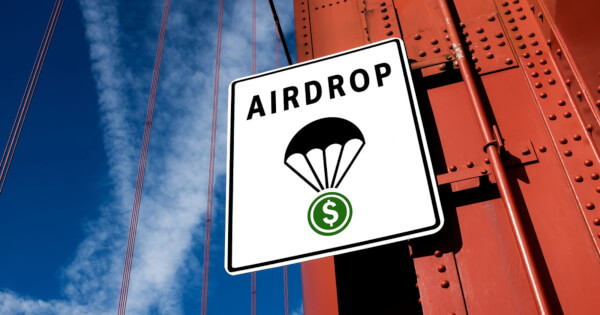 Kraken crypto exchange has been one of the latest exchanges to confirm participation in the Spark token airdrop by Flare Networks, which will launch on December 12 with a snapshot. The snapshot of XRP holdings on participating crypto exchanges will be noted by Flare Networks and the Spark tokens, or FLR, will be distributed at a later date by the Ripple-backed blockchain startup.

Now, Kraken has issued a statement on its official Twitter account, reminding XRP holders to not wait until the last minute to deposit their XRP funds. It read:

“XRP holders: To get your Airdropped $FLR on Kraken, all you need to do is deposit your XRP no later than Dec 11 by ~23.00 UTC. If you already hold your XRP on Kraken, nothing further needs to be done – just keep it on Kraken until after Dec 12 at 00:00 UTC.”

Speculations by market experts have led to the conclusion that the Spark token airdrop by Flare Networks will send Ripple’s XRP token soaring to new heights.

Although Flare Networks operate independently from Ripple operations, it is a smart fork utility contract that branched out from the fintech firm. With Spark tokens to be distributed on a 1:1 ratio with XRP, many traders could capitalize on the moment to obtain free coins by maximizing their Ripple funds on participating exchanges.

A development of the Spark token airdrop that Ripple investors were not expecting may be that the airdrop comes with a price – literally. According to an announcement from the Internal Revenue Service (IRS), airdropped tokens will be taxed as ordinary income once a taxpayer gains “dominion and control” over the cryptocurrency. This indicates that once a trader has the ability to transfer, exchange, or sell the cryptocurrency, it will have “control” over it from a legal point of view.

The taxed amount will depend on one’s income tax bracket, among other things. Section 61 of the IRS document states:

“Under Section 61, all gains or undeniable accessions to wealth, clearly realized, over which a taxpayer has complete dominion, are included in gross income. In general, income is ordinary unless it is gain from the sale or exchange of a capital asset or a special rule applies.”

The fact that the Spark token airdrop will be taxed is a new development as previously, when Bitcoin Cash (BCH) hard forked from Bitcoin, no specific tax policies were involved. Therefore, whether income earned on BCH was to be reported was unclear.

However, things have significantly changed in the crypto sector since 2017. The announcement by the IRS of the Flare Network airdrop being taxed may come as a surprise for XRP holders. A pseudonymous Tweeter replied to Kraken’s reminder of the airdrop by tweeting his two cents:

“Good luck with tax implications if claiming. Don’t lose it all because of an air drop…

Can Ripple’s XRP Price Surge to $1.00 With the Upcoming Spark Token Airdrop?