Is YouTube Sensation PewDiePie a Tron and BitTorrent Shill?

Felix Kjellberg, more commonly known by his YouTube handle—PewDiePie is one of the most popular content creators on the platform with a recorded following of over 102 million subscribers as of December 2019. His content usually focuses on playthrough gaming videos and comedic skits. 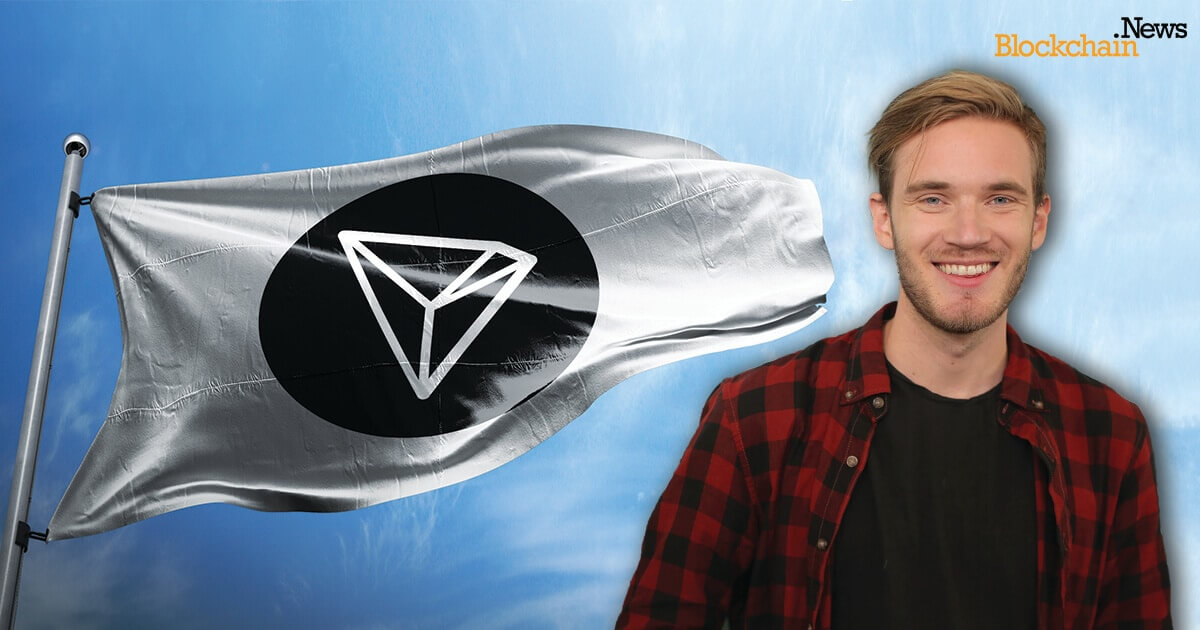 In February 2017, much of PewDiePie’s content was demonetized following a discovery by the Wall Street Journal of an intended tongue in cheek comedic video which featured a sign held up by kids that said, “Death to Jews.” Unfortunately many did not see the joke and censors on YouTube began a demonetizing spree known as the adpocalyspe, where content deemed offensive by Google—who at the time was criticized by creators for censoring too much—was blocked from receiving money from advertising.

Since this time, PewDiePie has often had to turn to sponsors for income. Notable sponsors include GFuel energy drink and Origin computer products. This year, PewDiePie announced a new sponsor and has released two videos discussing them that has attracted the attention of the crypto world.

The first video went by with little comment and occurred in April 2019 during an edition of one of his most popular segments—Meme Review. During the episode, PewDiePie announced that he and partnered with DLive, a decentralized blockchain leveraging video-streaming platform which by its decentralized nature provides users with far more control over their revenue than a centralized site such as YouTube. In the episode he said, “DLive is built on the modern blockchain, providing a disruptive solution for the industry.” He further emphasized, “Dlive’s mission to empower creators… through their revolutionary rewards system.”

The second video, launched last week had the crypto world convinced that PewDiePie is a Tron and BitTorrent shill. In the installment of “Designs that Will Make you MAD!” PewDiePie began by announcing that Dlive had joined the BitTorrent family and he would be giving a way a chair. He then elaborated, “But Felix, who’s BitTorrent? Well, BitTorrent is the biggest peer-to-peer, file-sharing network in the world powered by Tron blockchain. Which means they have over 100 million users!”

According to an article by BTC wires, Tron only had around 2.5 million users in April last year, so why is PewDiePie claiming they have over 100 million users?

On Dec. 30, Dlive joined the BitTorrent ecosystem and migrated to the Tron blockchain.

Tron’s Founder and self-appointed hype-man, Justin Sun teased a multi-billion dollar secret project for the BitTorrent and DLive ecosystem. The tweet was issued shortly after PewDiePie, one of the most influential independent content creators happened to mention Tron and BitTorrent in the same sentence.

Will start a secret project for @BitTorrent & @OfficialDLive. Based on conservative forecast, this project will create at least multibillion benefits for $BTT & $TRX ecosystem and attract at least 100 million new users. Details to be released! #TRON #BitTorrent

Unfortunately for many, Justin Sun’s involvement almost automatically adds an atmosphere of disbelief and unfortunately a credibility problem for a large portion of the crypto-world.

At this point, it should be recognized that PewDiePie is on a multi-million dollar contract with DLive and it is very likely this contractually obligated him to mention Tron and BTT. It is not known whether PewDiePie has any particular interest or holdings in Tron but a figure of his influence could very well drive adoption of the altcoin but only time will tell.