The Criminal Investigation Division (CID) of the Internal Revenue Service (IRS) is actively hiring private contractors to study and analyze privacy coins, as there has quite been a lot of fraudulent activities revolving around their usage. 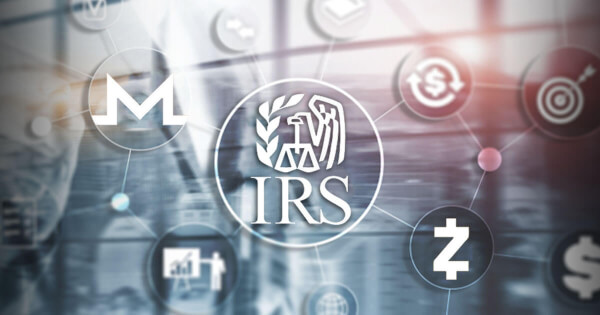 Monero — a Popular Choice for Fraud

While the world has undergone coronavirus cybercriminals have been hard at work conducting their habitual illicit operations with the help of privacy coins.

Monero (XMR) and Zcash (ZEC) are quite an attractive option for cyber scammers, as they offer more anonymity and privacy than Bitcoin. The IRS is hoping to eventually deanonymize these privacy coins in order to put a halt to cyber fraud.

Why is Monero in Cybercrime?

XMR currently stands at the top of the list, for the most private cryptocurrencies on the market. Monero transactions operate on blockchain technology and are harder to trace, due in part to its ring signature and stealth addresses. Also, since Monero’s ledger is easy-to-access and is public, it is a popular choice that cybercriminals choose in order to carry out their illicit activities.

Another privacy coin that IRS is hoping to further investigate is Monero’s counter rival, Zcash. ZEC operates by using an anonymity tool called Zero-Knowledge-Proof, which allows users to transact with each other without revealing their true addresses to anyone.

In other words, this makes it hard for the receiver to trace and figure out the identity of the sender, and vice-versa. Because of its end-to-end-encryption property, Zcash users can remain anonymous despite conducting numerous online transactions.

Privacy coins, such as Monero and Zcash, are common cryptocurrencies used in cybercriminal rings. In contrast, Bitcoin, which offers no anonymity, is less attractive to cyber scammers.

Depending on the privacy coin, anonymity levels differ. This type of cryptocurrency is attractive to cybercriminals, because it obfuscates the transacted amount, wallet addresses, the identities of both sender and receiver; it is also hard to trace the transaction trail.

Because of the anonymity offered by privacy coins, fraudulent activities such as tax evasion and money laundering are common with Monero and Zcash.

How the IRS Hopes to End CyberCrime

Based on the Request for Information (RFI) posted by the IRS Criminal Investigation program, private contractors working for them have developed software used to detect suspicious online transactions.

Illicit activities reported by various law enforcement agencies in the past will be gathered and analyzed in detail to prevent future cases of phishing and fraudulent behavior.

US law enforcers are also looking to come up with more innovative technological strategies to trace privacy coins, layer 2 off-chain protocol networks, and side chains.