Law enforcement agencies in India are teaming up with national research and academic institutions to enhance their ability to police the darknet. 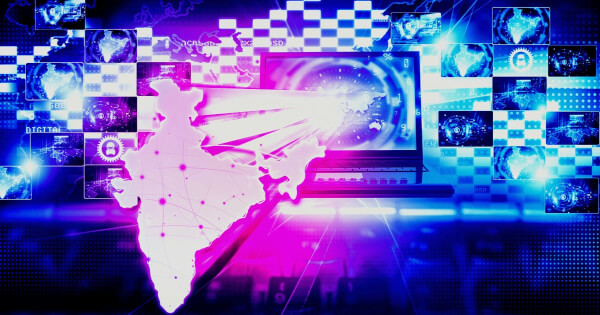 Indian law enforcement agencies are collaborating, as part of a think-tank, with academic institutions, technology startups, and research organizations to bolster darknet policing capabilities in the nation.

According to the Hindustan Times, sources close to the matter said, “A Union home ministry think-tank is studying software solutions to help law enforcement agencies monitor the darknet, or a network of secret websites and encrypted networks, and track cybercriminals through digital footprints.”

The joint effort is expected to analyse limitations of policing the darknet and produce a range of solutions to bolster law enforcement on the dark web. So far, the police have identified around 12 clear problems with their ability to police the darknet in India and submitted these to the cohort of 120 academic and research institutions.

The Hindustan Times also reports that the law enforcement resource being developed will leverage artificial intelligence and machine learning techniques to update itself automatically and regularly. There are also plans to design a case management platform for financial crimes.

The darknet is the overlay network within the internet that can only be accessed by specific software which rose to infamy within the crypto-community thanks to the Silk Road darknet marketplace. Via the Silk Road, darknet users could get their hands on just about anything, from narcotics to weapons, and they could pay using Bitcoin.

According to the Times of India, as part of a global crackdown targeting darknet narcotics and black market pharmaceutical syndicates, India’s Narcotics Control Bureau made several important arrests in the global Operation Trace enforcement action. The arrested syndicate accepted payments in Bitcoin and Ethereum.

Cryptocurrency and the Dark Web

Policing the dark web has become more of a priority for global law enforcement since the advent of cryptocurrency, which often gives criminals a less traceable means of paying for illicit services.

While the perception is that cryptocurrencies like Bitcoin and Ether can be used anonymously, sophisticated analysts are now actually using the underlying blockchain technology against criminals as all transactions are immutable and traceable.

Recently, US Immigration and Customs Enforcement (ICE) Homeland Security Investigations (HSI) Criminal Analyst, Kim Reece was named as a finalist for the Samuel J. Heyman Service to America Medal. Reece’s blockchain analysis led to an international criminal investigation of one of the largest dark web child pornography sites—'Welcome to Video' that leveraged cryptocurrency to cloak their payments on over one million video downloads.

Working alongside cross-agency partners Christopher M. Janczewski, IRS- Criminal Investigations, and Zia M. Faruqui of the US Department of Justice (DOJ), Reece’s contribution led to the arrests of the site's operator, Jong Woo, and more than 300 users, as well as the rescue of 25 exploited children. All through blockchain traceability.