How Smart Money Is Investing

With a flurry of renewed interest in cryptoassets, and multiple new opportunities for riches abounding, the vast majority of us can’t help but tentatively listen to that voice whispering in our ear, “remember 2018”. The bull run throughout 2017 ended in tears for many as early 2018 saw the market enter into an abrupt and prolonged bear cycle that lasted the better part of three years. “This time is different though'' as we’ve heard from many of the industry professionals, and yes, this time is different from a fundamental perspective. What was largely retail speculation driving prices in 2017 has been augmented with more sustainable, long term institutional buy-in. The likes of Elon Musk, Michael Saylor and Paul Tudor Jones have publicly expressed their support for the asset class, and global asset managers can now safely (and legally) allocate a portion of their portfolios to the new digital gold.

What is not different this time, however, is the high degree of risk that inexperienced traders take on. There is an entire academic field known as Behavioural Finance that delineates the various cognitive and emotional biases that we as humans are susceptible to when it comes to managing our own investments. Given the extreme volatility in crypto markets, behavioural biases become even more apparent as the fear and greed within us becomes magnified by the potential gains and losses.

The cryptoasset market, largely due to its relative infancy and high proportion of retail traders, is often prone to speculative bubbles and crashes as investor emotions drive prices away from their intrinsic value. 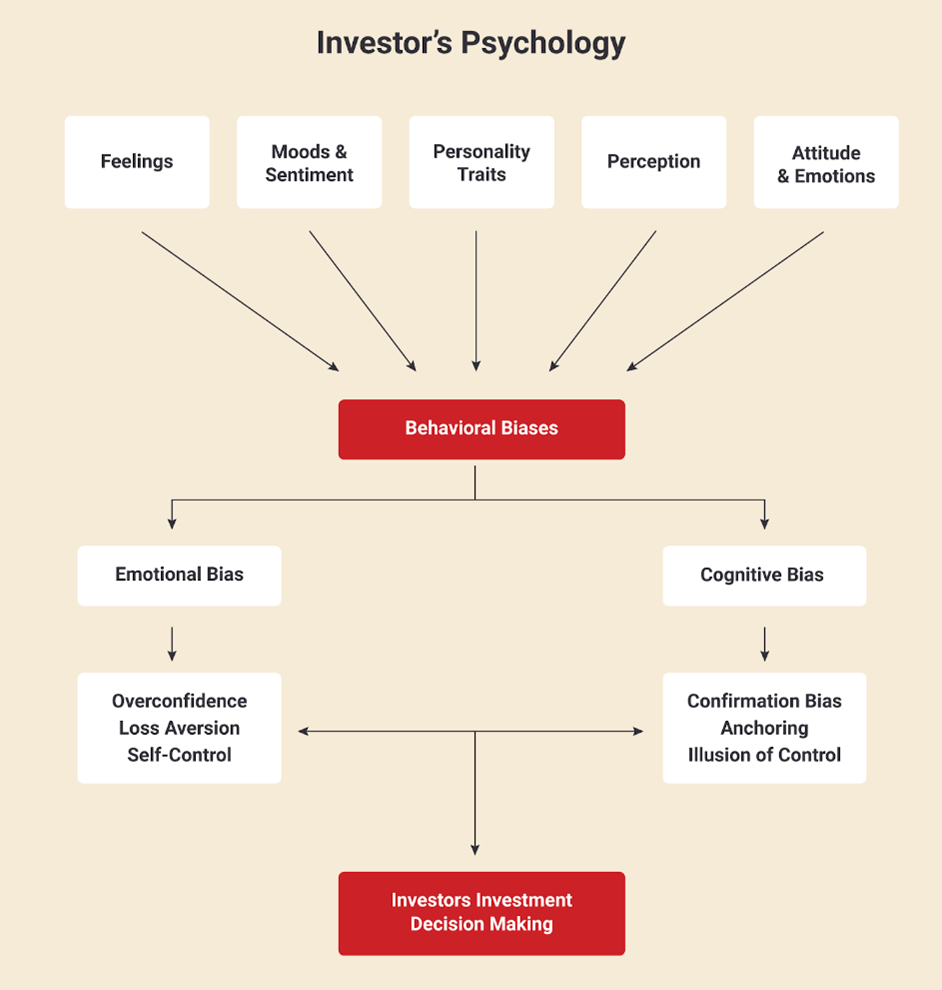 Overconfidence is a common bias exhibited in a market rally, along with overtrading, underestimation of risks, and a rejection of contradictory information. Traders will often seek out information confirming their pre-existing beliefs. A basic example would be a trader Googling “How high will Bitcoin go this week”, instead of “Reasons Bitcoin may be due for a correction”. If you have a bullish bias on the market, it is incredibly tempting to seek out information that confirms your own beliefs, thereby justifying your position.

As a market rally corrects, there can be underreaction that can be caused by a bias known as anchoring. This happens when investors do not update their beliefs in the face of new market information and attribute too much significance to data encountered earlier. The early stages of a market correction can involve cognitive dissonance amongst investors; ignoring losses and attempting to rationalize flawed decisions. As the market unwinds, investors may initially be unwilling to accept losses. In crashes, the disposition effect encourages investors to hold on to losers and postpone regret. This response can initially cause an underreaction to bad news, but a later capitulation and a (larger) realized loss on investment. 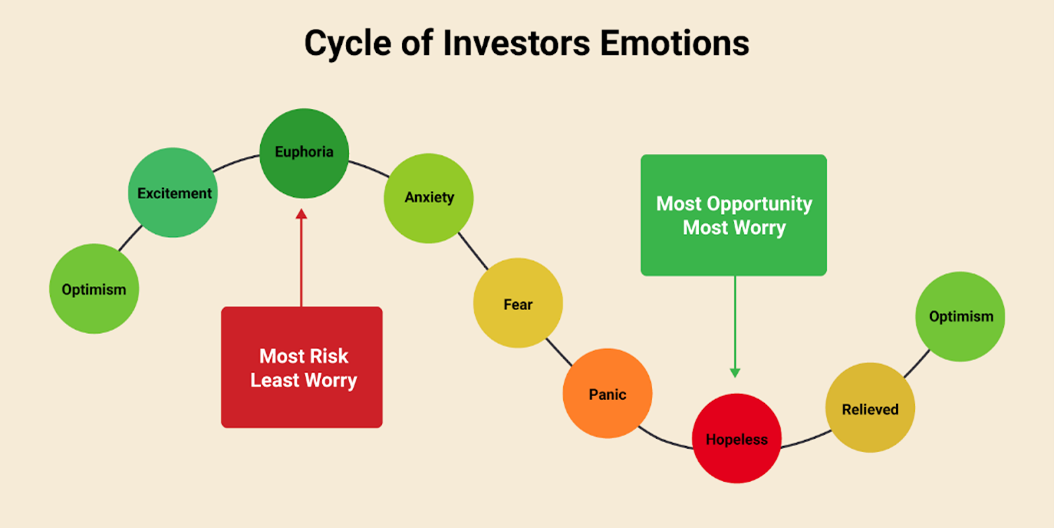 I certainly do not believe that we will have a bubble and subsequent crash of nearly the same magnitude as we have experienced in the past, however, that is not to say that the crypto market will not have periods of mean reversion. Given the immense growth we have seen in brokerage app downloads such as Robinhood, it has become apparent that retail participants are taking an active approach to their investments like never before. This influx of retail day-trading participation (as opposed to simply buying and holding) may cause heightened volatility in the markets as human emotions take up a greater portion of trading volume than before. One way to eliminate our own emotions from hindering the performance of our portfolio is to allocate capital to professionally-managed crypto-focused funds that have risk mitigation techniques. This frees you from the stress of managing your own biases on a daily basis, and allows you to comfortably hold over the longer term with peace of mind.

Invictus Capital has a fantastic range of tokenized crypto funds that cater to the full spectrum of investor risk profiles. Global investors are able to invest using USDT, or a range of other cryptoassets, with no minimum amount required. Founded in 2017, the company has a stellar track record across their range of funds with its Crypto10 Hedged Fund earning multiple awards from the reputable Crypto Fund Research for its performance.

The team at Invictus Capital have recently launched their new investor portal, which makes it easier than ever for new investors to sign up and manage their portfolio on their own dashboard. Furthermore, the InvictusCapital.com (ICAP) token has recently launched which rewards the investor community for staking their Invictus fund tokens for predefined periods. Investors are therefore able to earn additional returns on their investments by simply holding for the longer term. To find out more, visit the Invictus Capital website and sign up for a hassle-free investment experience.