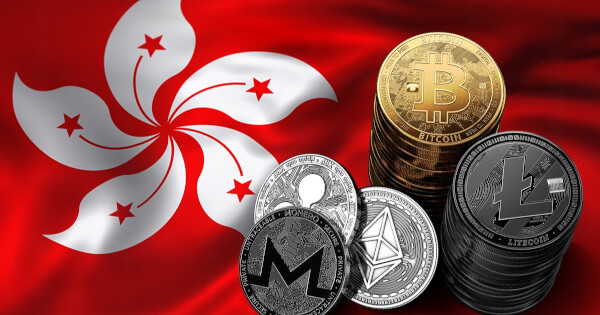 Hong Kong’s financial markets regulator, the SFC has agreed in principle to issue a license to OSL Digital Securities. The cryptocurrency firm is part of the Fidelity-backed BC group and was one of the first to apply for a digital asset license from the Hong Kong Securities and Futures Commission.

OSL said in November 2019, that it had applied to opt into the SFC’s regulations as announced by the regulator on Nov. 6.

The Hong Kong Securities and Futures Commission announced the new opt-in regulations for crypto exchanges last November 2019. Financial regulators worldwide have been debating for a while just how and if they should regulate cryptocurrency or virtual assets firms.

The announcement was made by Ashley Alder, Chief Executive of the Hong Kong SFC in his speech at the Hong Kong FinTech Week 2019. Following his speech, the SFC also published a new regulatory approach to “virtual asset trading platforms,” on its website.

The approach was announced as technology-neutral—Alder said that the Hong Kong regulator had been contending with the growing list of issues, including the application of existing regulations in the “context of increased automation and the adoption of artificial intelligence and machine learning.”

The new standards set by the SFC for opt-in regulation—seek to address regulatory concerns regarding custody, know-your-client (KYC) requirements, anti-money laundering (AML), and counter-financing of terrorism (CFT) and others for trading crypto.

Although the SFC is open to supervising crypto exchanges, it has made clear that “the virtual assets traded on the platforms are not subject to the authorization or prospectus registration provisions that apply to traditional offerings of “securities” or “collective investment schemes.”

OSL Digital Securities are among a slew of other digital asset firms that welcome regulation as they wish to service the mainstream financial markets. So far no other crypto asset firm has been granted approval from the HK SFC.

According to Reuters, BC Group CEO Hugh Madden said that one benefit of being licensed was that regulated institutions would be able to reduce their risk by being able to engage with other regulated entities.