Goldman Sachs investment bank has said that the US dollar risks losing its position as the world’s global reserve currency, as revealed by the recent surge in gold prices. Goldman Sachs analysts wrote in a note to clients that gold would be the currency of the last resort, especially in the current environment where governments are debasing their fiat currencies. 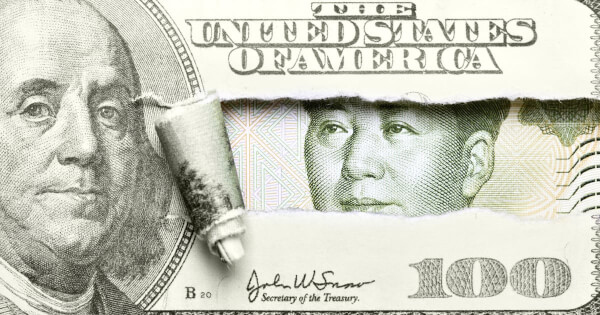 The record high in gold prices is raising questions regarding the US dollar’s future as the world’s reserve currency. The prices of gold raised much attention as the asset climbed to $1,931 an ounce, the highest settlement in history.

While the incident influenced the crowd to expect $2,000 an ounce soon, Goldman Sach forecast expecting $2,300 an ounce within the next 12 months. The investment bank also lifted its silver outlook from $22 to $30.

According to Goldman analysts, there are many factors pushing the gold price higher, including fear of increasing political uncertainty, rising concerns involving another spike in COVID-19 infections in the country, increasing government debt, rising inflation, and concerns that the US dollar is seeing a new downtrend to the Chinese Yuan. The analysts said that the debt building up as a result of the coronavirus epidemic may lead to debasement fears.

The analysts see the potential for higher inflation as governments debase their fiat currencies to deal with rising debt. Debasement risk is increasing as a result of the rising debt built up by policymakers seeking to combat the economic impact of the coronavirus.

While gold is not the best hedge against inflation compared to other commodities such as base metals and oil, the analysts stated that it is the best asset in the current environment since it appears that inflation would be driven by currency debasement.

The idea that the U.S dollar may one day be seen as less of a safe-haven currency jeopardizes its status as the world’s reserve currency, a role that has given the U.S financial system a great advantage in the global financial markets for several decades.

Gold is seen as a safe commodity because it is in limited supply and regarded to have inherent value. This implies that fears of inflations as well as other economic turbulence such as the COVID-19 recession could drive up the demand for gold.

The analysts stated that inflation risks remain low today. However, a confluence of factors coming together could push inflation up in the future. Among such factors include record-low interest rates, which are new steps taken by the Federal Reserve to expand its balance sheet and rising debt.

The End of the U.S Dollar’s Global Dominance?

The dollar’s share of the global reserve is declining, while the Chinese yuan and the euro are becoming more popular. Both market volatility and politics can be blamed for the dollar’s loss of market share. Some central banks actively resorted to diversify their reserves to move away from the dollar’s dominance because of actions of the U.S. But it is too early to say that it is the beginning of the end of the dollar as the world’s reserve currency.