Goldman Sachs Explores Development of its Own Digital Token 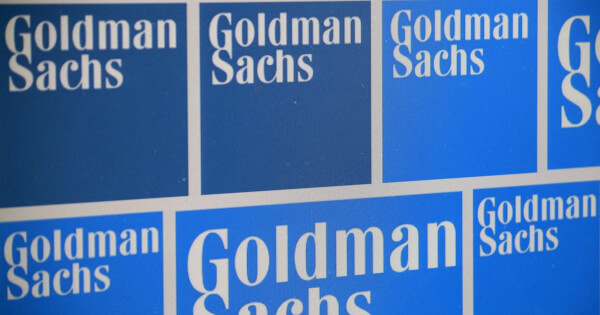 As reported by CNBC on August 6, the bank has appointed Mathew McDermott as the worldwide head of digital assets to spearhead the realization of this dream.

McDermott brings to the table a wide array of experience in the financial markets, and he sees blockchain technology as a backbone of the future monetary system.

“In the next five to 10 years, you could see a financial system where all assets and liabilities are native to a blockchain, with all transactions natively happening on chain.”

Goldman Sachs has been a notable trendsetter in the blockchain/crypto space as proponents have been following its footsteps. Therefore, it seeks to go a notch higher by launching its own digital token.

“We are exploring the commercial viability of creating our own fiat digital token, but it’s early days.”

He also aired his radical vision for financial markets as a future where the globe’s monetary assets will reside on blockchain-powered electronic ledgers.

McDermott asserted that the financial sector necessitated notable revamping. For instance, repurchases agreements or the repo market, which entails a dealer selling government securities to investors, had to go digital using technological innovations like blockchain as this would prompt standardization.

“In securities finance and repo, if you look at those markets, they’re ripe for standardization. There’s a lot of legacy processes in the vast movement of collateral that makes them very cost-inefficient, so by leveraging distributed ledger technology, you can standardize processes to manage collateral across the system, and you have a much more efficient settlement process given the real-time settlement.”

Recent research by JP Morgan shows that younger investors are inclined towards Bitcoin, whereas the older ones support gold.