Fundstrat’s Thomas Lee Discusses: What Happens After the 10 Best Days for Bitcoin?

Thomas Lee, the Co-Founder, Managing Director, and Head of Research at Fundstrat Global Advisors, known for his opinions on the Bitcoin and crypto market has sat down with Blockchain.News to discuss his views on some macro trends and the Bitcoin industry we’re currently observing.

Lee has been looking into growth industries for the majority of his career. “Following wireless from 1993 for 17 years, following the mobile internet, it’s hard to know what the right business model is and how adoption takes place,” explained Lee.

“I think the future is uncertain. It’s still the early stages for digital assets and Bitcoin so I don’t know. Bitcoin is still not held by that many people, I think people overestimate the size of the market. If the market doubles or triples in size, the next wave adopters could have very different views of how they use crypto.” 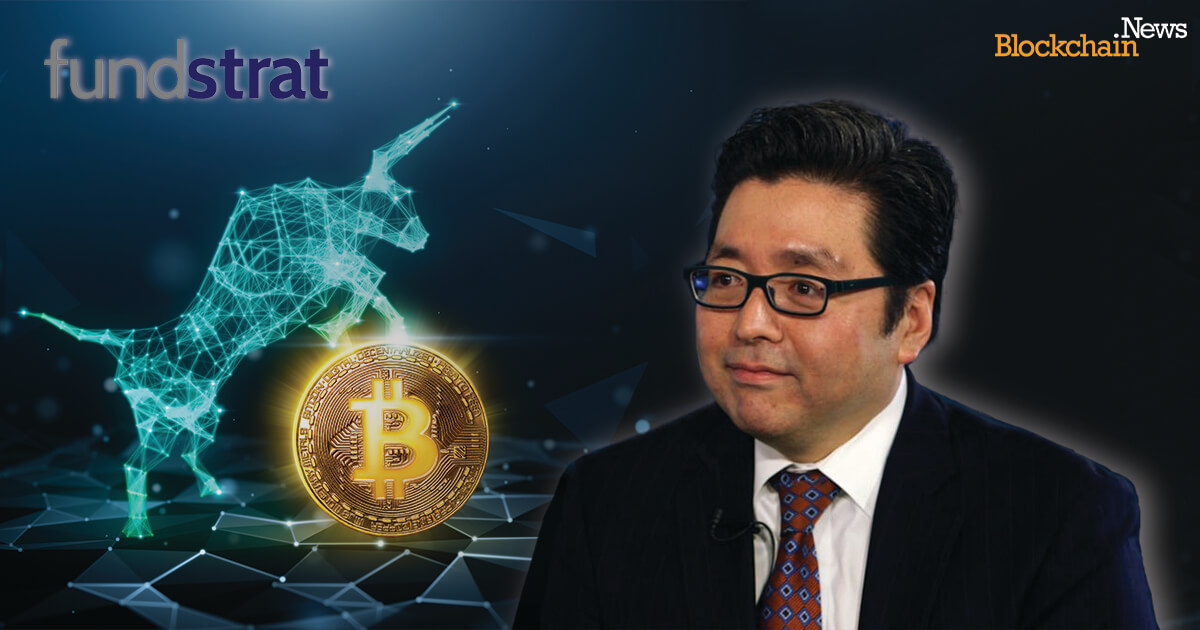 The Birth of Fundstrat

After becoming an accomplished Wall Street analyst and seven years' time at JP Morgan as the Chief Equity Strategist, Lee decided to start Fundstrat with a small team five years ago.

“Part of the reason we started Fundstrat was to really broaden the research topics that we could talk about. When you're at a large firm, especially one that has Regulation A and C,” said Lee, it can be very limiting for the firm. “By being completely independent, we're aligned with our clients. And it has allowed us to really expand our research efforts, including looking at things like digital assets, cryptocurrencies, and doing a lot of thematic and consulting work for larger companies.”

Fundstrat’s rule number 6 is the “10 best days for Bitcoin,” indicating the Bitcoin’s 10 best days annually. “Since 2013, if you haven’t had exposure to Bitcoin in the 10 best days, you’d realize Bitcoin’s annual price return is negative,” explained Lee. “Bitcoin makes all of its gains in just 10 days each year. If you are an investor and you want exposure to a hyper volatile asset class, it's not always going to be the best strategy to trade it. There's going to be people who can trade Bitcoin, but for the majority of people who want to have the exposure, it is better to have long term holdings and not trade it. 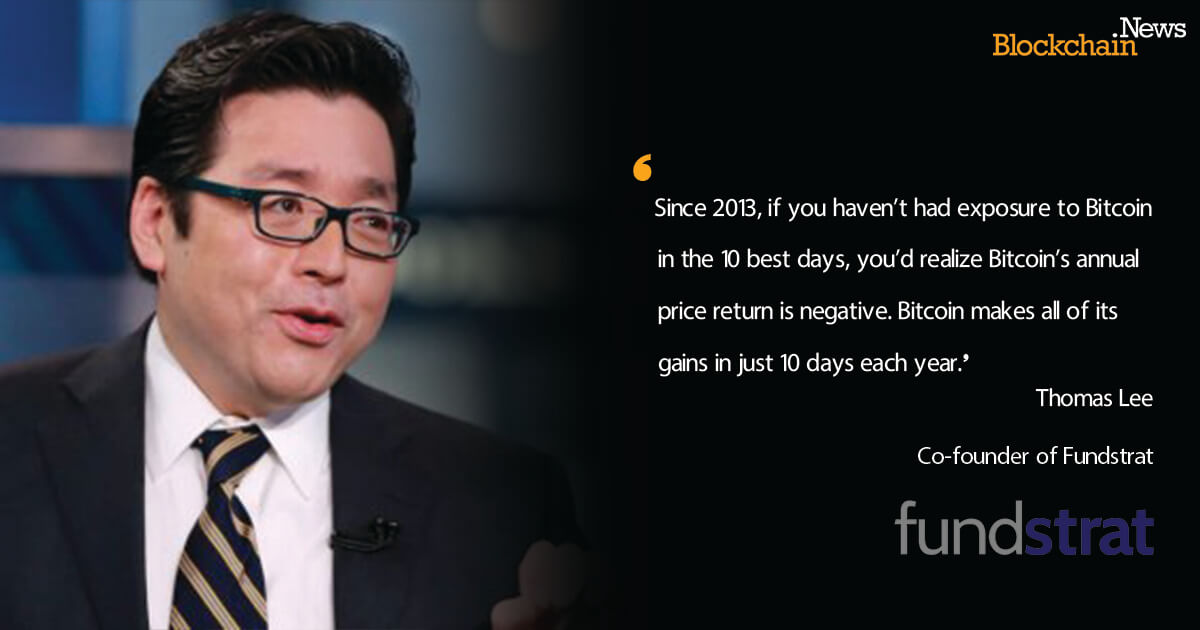 What Does S&P Have to do with Bitcoin?

In an interview with CNBC, Lee mentioned that when the S&P breaks new highs, which he expects to this year, Bitcoin would follow. “Bitcoin and equity are a very unpopular opinion, but it's the opinion of our firm is that because crypto and Bitcoin are primarily held by retail investors, it's a risk-on asset,” said Lee.

In Lee’s view, S&P was range-bound for the last 20 months, therefore there was a constraint for Bitcoin price gains. “Now the S&P has just broken up to new highs. I think that's setting the stage for 2020 to be really good for Bitcoin. But the reason we came to this view is if you look at the price history of Bitcoin, the best years for Bitcoin have taken place when the S&P is up more than 15%,” Lee added.

Bitcoin’s block reward halving: What does this mean for prices?

Lee says that the highly anticipated block reward halving should be positive for Bitcoin’s price. “It's one of those theories widely talked about but it's not clear if the effect is going to work as it has in the past. But when you look at supply and demand and demand is growing, it'll grow in 2020 especially if Bitcoin finishes the year positive, which is within our expectations, then supply is going to get cut.” He added that reducing block rewards will lead to a shrinking supply of Bitcoin, and a rise in demand, which should lead to strong price gains, although it is not a guarantee.

Lee believes that the first regulated Bitcoin exchange-traded fund (ETF) is still years away, mainly due to the fact that the United States Securities and Exchange Commission (SEC) needs to have a better understanding of the nature of trading on the Bitcoin market. “I think there needs to be better transparency and better surveillance, institutional-grade infrastructure is helpful, like Bakkt and Fidelity,” added Lee. “The other issue is that the demand for an ETF could be so great, the top 10 ETF launches in the US have seen an average of $13 billion in buying in the first year. That’s a huge amount of buying pressure for Bitcoin. I think that Bitcoin’s price is too low today to handle an ETF.”

Weighing in on Libra

A large amount of response overall to Libra completely took Lee by surprise. “I think the US Congress and central banks weighing in on Libra is surprising given the project hasn’t even launched yet,” said Lee. “It’s strange that the notion of any company that goes global in payment processing is suddenly a threat to money sovereignty. I think it really speaks to the size and scale of Facebook and the expected success of the Libra project.”