Carlos Ghosn, the former Nissan Motors CEO and Chairman, paid cryptocurrency worth nearly $500,000 to escape criminal charges he was facing in Japan. This payment was made by his son Anthony Ghosn to American citizen Peter Taylor, according to the Reuters. 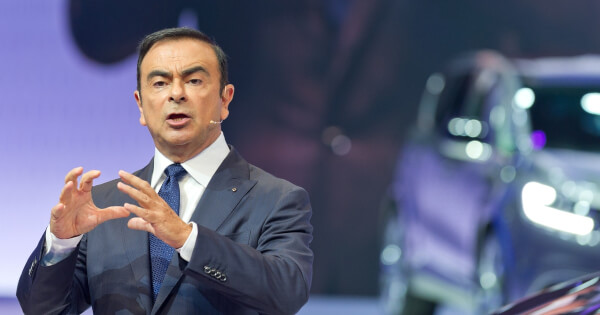 According to a court filing by US prosecutors, Carlos fled Japan to his native country Lebanon on board a private jet hidden in a musical equipment box.

It is claimed that the crypto payment was made between January and May this year, but before this, Carlos had wired $862,500 to a firm linked to Peter Taylor in October 2019 before his December getaway.

According to the announcement, “US prosecutors cited the money in arguing that both the elder Taylor, a private security specialist, and his son pose a severe flight risk, saying they “now have access to Ghosn’s vast resources with which to flee.”

The prosecutors also stated that Peter Taylor, together with his father Michael, a US Army Special Forces veteran, facilitated Carlos' escape. However, the Taylors have been in custody in the United States since May, as requested by Japanese authorities who are asking for their extradition for unlawfully harboring a criminal.

Some of the financial crime charges that Carlos faced in Japan included understating his compensation in Nissan Motors’ financial statements. Japanese prosecutors claimed that he only declared nearly $88 million, and this was only half of what he received between 2011 and 2015.

This comes in the wake of cryptocurrency intelligence company CipherTrace unveiling a predictive risk-scoring model that will mitigate money laundering of cryptocurrencies from theft and ransomware in real-time. It is intended to be used by hedge funds, financial investigators, crypto exchanges, OTC desks, custody solutions, and payment processors to raise the alarm about suspicious transactions.