Former CEO of Bakkt Kelly Loeffler (R-Ga) has lost a crucial Republican Senate seat for the state of Georgia to Democrat Raphael Warnock in a special election held on Tuesday in the United States. 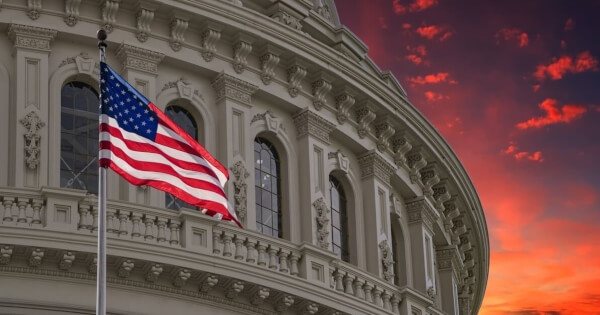 Loeffler left her role as the CEO of Bakkt crypto custodian firm in late December 2019 to replace Sen. Johnny Isakson who was forced to step down due to health complications.

Battle For The Senate

Tuesday’s special election will be a determining factor to decide which party will gain control of the Senate. While Warnock has defeated Loefller—Senate control will now come down to the vote between Jon Ossoff (D-Ga.) and Sen. David Perdue (R-Ga.) who are running for Georgia’s other seat in the upper house.

Should Ossoff join fellow democrat Warnock in victory, President-elect Joe Biden’s party will gain control of the Senate. Ossoff winning the vote would create a 50-50 tie situation which would Vice President-elect Kamala Harris to break the tie and give Democrats the upper hand in the upper house. Democrats have also been in control of the House of Representatives since 2018.

However, should Perdue manage to oust Ossoff, the Republicans would enjoy control of the Senate for another two years with current Sen. Mitch McConnell (R-Ky.). In this scenario, McConnell would be in a position to control key confirmation votes for both Biden’s legislative agenda as well as for Cabinet nominees, such as Janet Yellen, Biden’s pick to run the Treasury Department.

According to Bloomberg, the Ossoff-Perdue race is still too close to call at the time of writing, but both are showing confidence in winning with Ossof threatening legal action should the vote does not go the Republican’s way.

Loeffler Does Not Concede

Kelly Loeffler served as CEO of Bakkt from the time of its establishment in mid-2018 up until her appointment to Congress. Despite her rich crypto background, Loeffler has been rather sheepish on crypto and Bitcoin since taking office and has not promoted the nascent asset class in anyway.

Loeffler has so far refused to concede to Warnock, seemingly following President Donald Trump’s lead who has so far lost over 60 legal battles trying to overturn several states’ results after losing the Presidential election to Joe Biden.

The former Bakkt CEO was embroiled in controversy in early 2020 after the Daily Beast reported that she and her husband, Intercontinental Exchange (ICE) CEO Jeffrey Sprecher, had sold between up to $3.2 million in stocks after she received a confidential Senate briefing on the potential outbreak and economic disruption of COVID-19 virus. An ICE statement in support of Loeffler claimed that financial advisors to the two had made those transactions independently and they were unrelated to the private briefing she received.