Ethereum whales took advantage of the recent dip by increasing their holdings by 180,000 ETH. 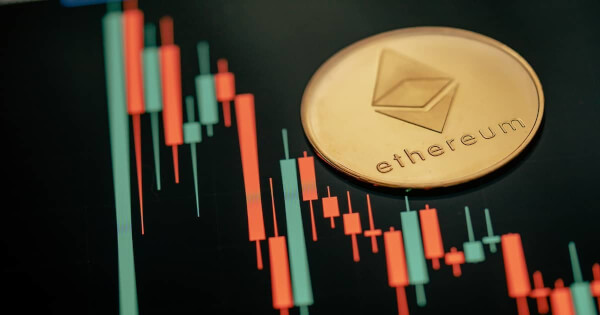 “Ethereum whales are buying the dip. The number of addresses with a balance greater than 1,000 ETH increased by 0.81%, adding 180,000 ETH to their holdings.” 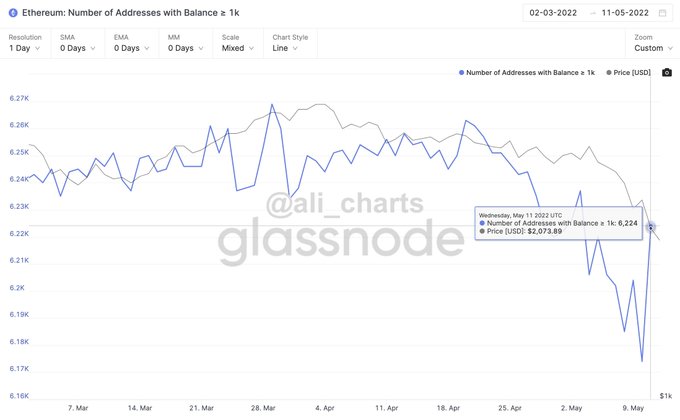 Therefore, whale transactions have been going a notch higher, as acknowledged by Santiment. The on-chain insight provider noted:

“Ethereum's whales have been extremely active, firing off 2,596 transactions valued at $1M or more. This is the highest day of whale transactions since January, and something to monitor if ETH drops below $2k for the first time since last July.” 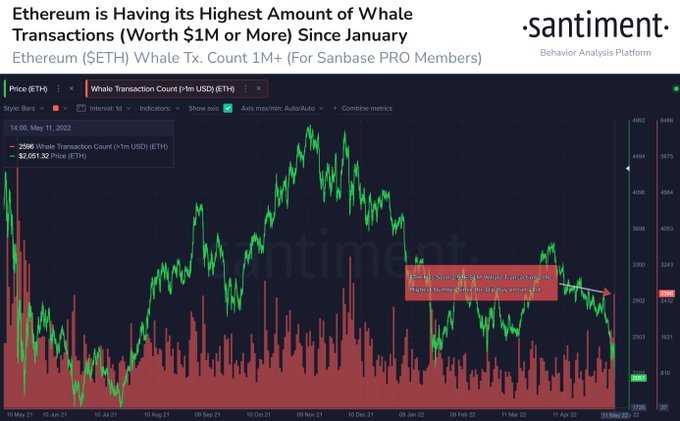 “Increasing selling pressure resulted in the price of ETH to hit $1,800. As investors rushed to sell their positions, the Gas has been increasing considerably, reaching 671.24 Gwei.”

Nevertheless, the second-largest cryptocurrency has topped the psychological price of $2,000.

“ETH needs to reclaim black $2250 as support to avoid further downside. If it flips $2250 into new resistance, that would be the second Lower High to form after a -30% retrace from the previous Lower High.” 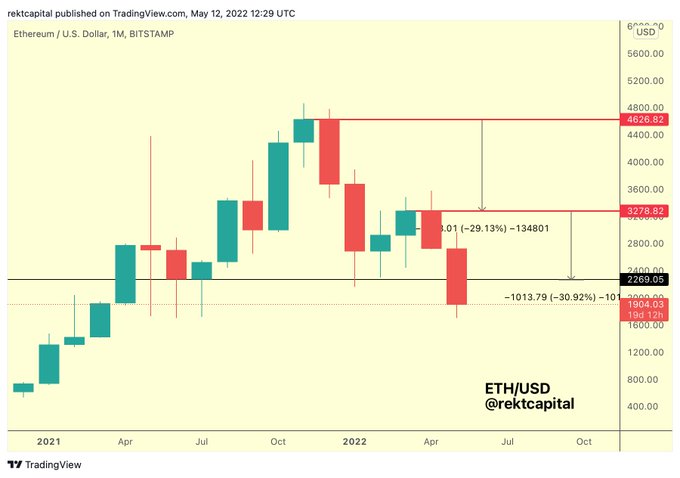 Meanwhile, the Terra crash might cause a shift to cryptocurrencies that have stood the test of time like Ethereum.