The Ethereum network's fees spiked to over $2.6 million in a single hour because of just one transaction on June 10. The surge in the Ethereum gas fees appears to have been caused by one user sending just 0.55 Ether, but paying over $2.5 million as transaction fees. Such a mysterious incident has been interesting, which has left crypto enthusiasts wondering whether it was the customer’s mistake or he knew what he was doing or there was something fraudulent at play. 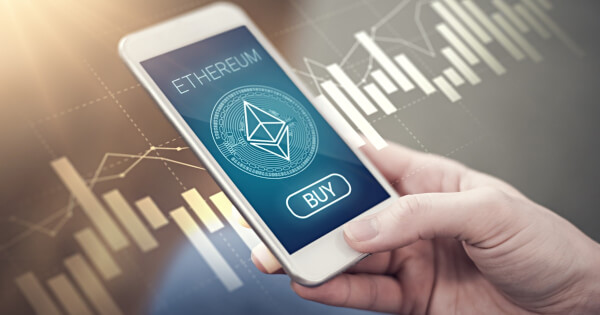 Like several other cryptocurrency networks, Ethereum requires a small fee paid to send transactions. Such transaction fees normally are worth just a fraction of the cost of the total crypto’s value.

However, according to the data from Glassnode crypto analytics firm, Ethereum fees surged to over $2,610,000 in one hour alone. Such an unusual incident prompted an investigation to understand why the hourly transaction fees increased so suddenly by such a dramatic amount.

Crypto users rushed to point out the customer’s costly mistake.

User error could have led to this customer spending over $2.5 million in transaction fees for just a 0.55 Ether transaction.

The customer possibly mixed up the field on the value of the fee and transfer and eventually paid 10,668 Ethereum in fees or $2.6 million on a transaction fee mined by Sparkpool.

According to the recorded transaction on the Ethereum network, the customer sent 0.55 Ethereum, worth $133.95. The funds were sent to an address on Bithumb, a South Korean crypto exchange.

The incident also caught Ethereum co-founder Vitalik Buterin’s attention. Vitalik has said that the transaction was definitely a mistake.

However, some members of the Ethereum community are suspecting some underhand dealings with alleged transaction manipulation by Sparkpool and some believe it was an attempt to launder money or evade tax.

But the team at Sparkpool has responded to the incident by saying that they are conducting an investigation to understand what led the customer to make and approve the overcharged transaction. Sparkpool tweeted: “We are further investigating the incident of unusually high tx fee… There will be a solution in the end.”

A similar incident occurred in March 2019 when an Ether customer confused the fields required to send a transaction thus accidentally paid 2,100 Ether in transaction fees. Starkpool resolved the incident by repaying 1,050 Ether to the customer.

It is, therefore, important to wait for Starkpool’s findings on the latest Ether transaction.

Once again, Ether is in the spotlight. The volume of daily transactions is more than one million for the initial time since May 2018. Ether users have entire complete control of their transaction fees. They can decide how much they need to pay to have a transaction included in a block. The more they pay, the more likely their transactions would be processed quickly. Users can pay anything more than a few dollars. But the latest excessive transaction fee is a mysterious incident, which needs thorough investigations.