The past week has been bullish for the top ten cryptocurrencies as several coins broke new resistances to test new highs. Ethereum (ETH), and Ripple''s XRP token are among the cryptos that saw an uptick in their prices the past week. Today’s analysis highlights the current price events around ETH and XRP and what the technicals are saying about their short term projections. The XRP price notably gained over 110% this week according to CoinMarketCap. 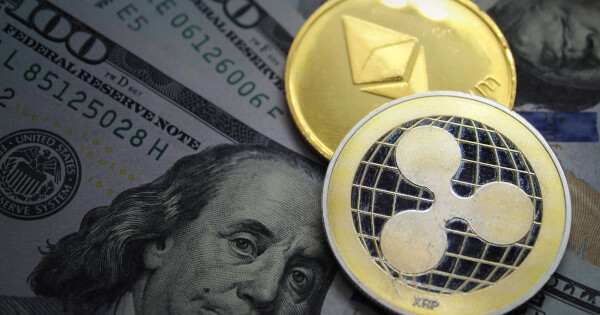 ETH saw bright days in the past 7 days on the backdrop of staking accrual into Ethereum 2.0 deposit contract address by the community as the launch of Ethereum 2.0 draws near. The target number of deposits has now been met and this positive news pushed ETH price briefly beyond the $600 resistance level.

“ETH outperforming BTC on the year is not surprising when you look at what happened this year in Ethereum - a rapid growth in lending, borrowing, automatic money markets, and experiments in new token distribution models has led to over $14B in assets being locked in DeFi, up from $1B in February of this year.”

To date, ETH has gained 320.8% year-to-date. It surged by 45.3% in the past month, and 22.4% in the past 7 days. The bullish gains ETH experience saw a slight retracement of 3.1% in the past 24 hours which shows that the bears in the market are trying to gain control of the market and push the market lower. 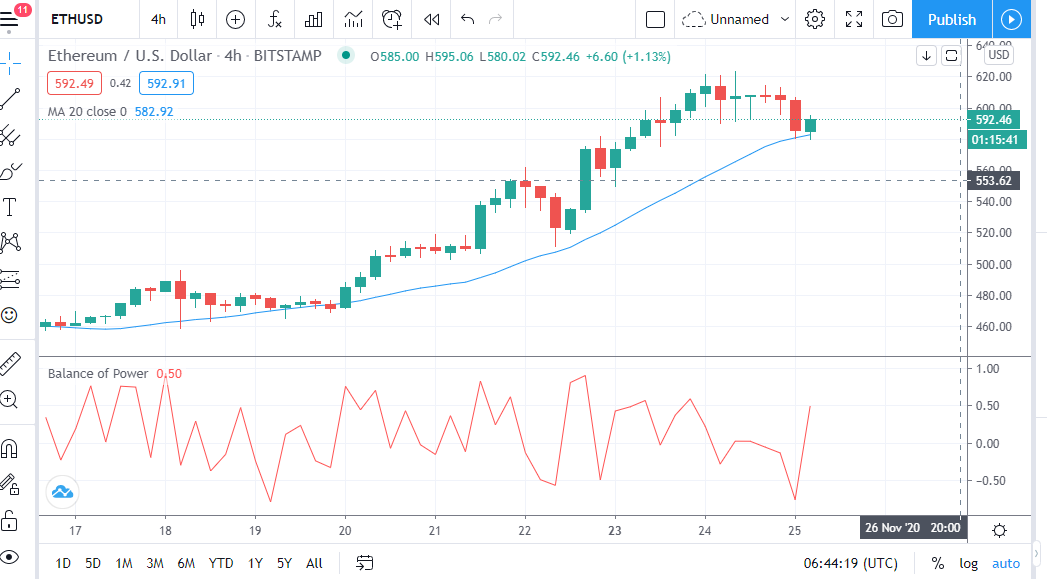 A look at the 4H price chart of ETH-USD on TradingView suggests a broad bullish run from the 15th of November when the bulls took over the market bouncing off a $440 support level. The Balance of Power (BOP) of ETH-USD price movement is 0.50 which suggests a dominating influence of market bulls in the face of numerous sellers willing to sell off their stakes. The actions of the buyers are confirmed by the 20-day Moving Average which is trending upwards.

Should the technicals prove true, Ethereum’s price may push beyond the new 2020 high of $600, even as Ethereum 2.0 launch approaches. 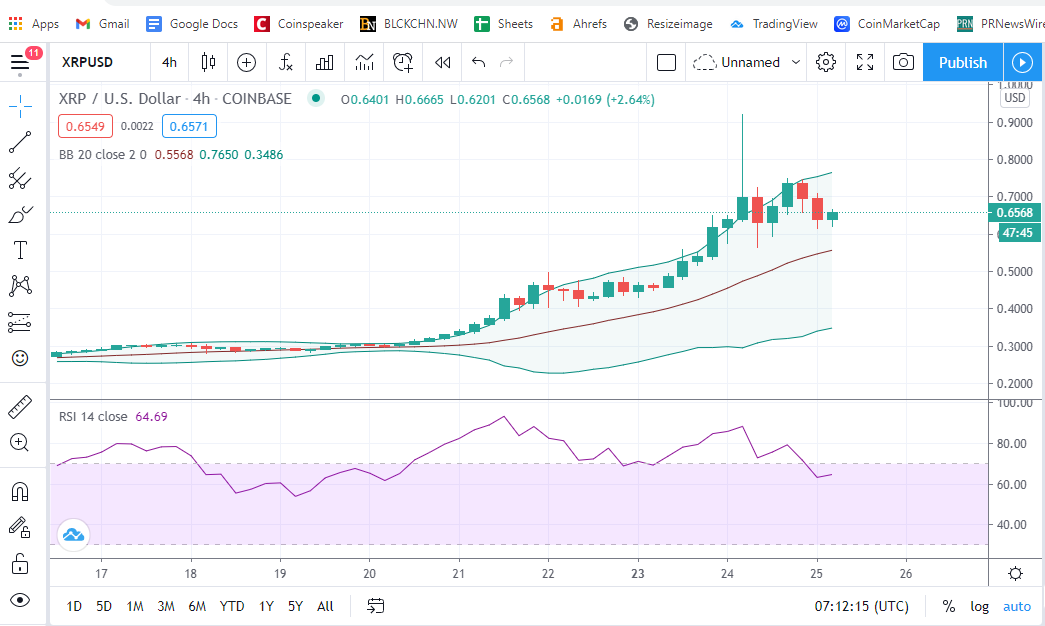 According to an earlier report by Blockchain.News, the temporary glitch on Coinbase cryptocurrency exchange may be responsible for the flash crash in the price of XRP. Nonetheless, XRP outperformed the duo of ETH and Bitcoin (BTC) in the past week. With the current dip in price, all eyes are on XRP, and whether it can sustain the growth recorded in the past week and month.

Per the technicals, The XRP-USD price movement maintains an above-average Relative Strength Index of 64.69 showing an almost balanced reaction in the market. However, the price is moving away from the upper Bollinger Band showing that the bears may have a greater influence on the price at this time. Either way, the 20-day Moving Average is still bullish and expectations are that the growth seen in the past days will be sustained.