DOJ Extradites Bitcoin Thief From Cyprus Along With Hezbollah Terrorist

The US Department of Justice has extradited two criminals from Cyprus—one with known connections to terrorism and the other on suspicion of stealing thousands in Bitcoin. 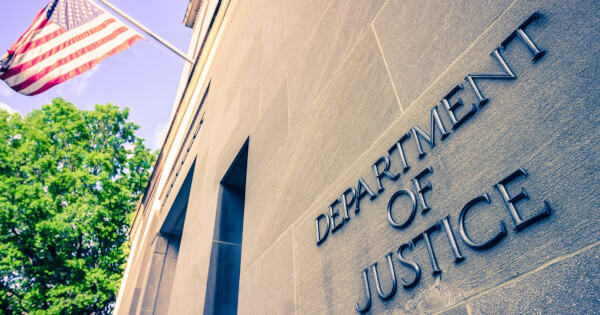 Two accused criminals have been extradited from Cyprus by the DOJ, one for stealing thousands of dollars worth of Bitcoin, and the other is a money launderer connected to the terrorist organization Hezbollah.

According to the DOJ, a Cypriot national named Joshua Polloso Epifaniou stands accused of conspiracy to commit wire fraud, identity theft, and extortion. The DOJ alleges that Epifanou, along with his co-conspirators, targeted a Californian online game publisher, a hardware company in New York, an online sports website and an employment website in Virginia—to steal users personal information between 2014 and 2016. Epifaniou allegedly gained access to these networks and managed to defraud them of over $55,000 dollars in Bitcoin.

Per the report, “After obtaining the personal identifying information, Epifaniou allegedly used proxy servers located in foreign countries to log into online email accounts and send messages to the victim websites threatening to leak the sensitive data unless a ransom was paid. He is alleged to have defrauded the entities of $56,850 in bitcoin, and two victims incurred losses of over $530,000 from remediation costs associated with the incident.”

In addition, Epifaniou has been accused of organizing a brute force attack on Ripoff Report in 2016. A brute force attack is a trial-and-error method used to obtain information, such as a user password or personal identification number. Epifaniou allegedly used the attack to successfully override Ripoff Report’s login and password protection to access its database through an existing account for a ROR employee. He then allegedly held the database ransom for $90,000.

The other man extradited from Cyprus is Ghassan Diab who has been identified by the DOJ as a member of Hezbollah. The Lebanese national, Diab is suspected of money laundering over $100,000 and conspiring to launder a further $100,000 as well as standing accused of the unlicensed transmission of currency.

The news comes just days after another criminal complaint was filed on July 9 by the DOJ charging a New York resident—Douglas Jae Woo Kim, 27 years old, with wire fraud in where he allegedly conned three investors out of over $4.5 million of Ethereum and Bitcoin.